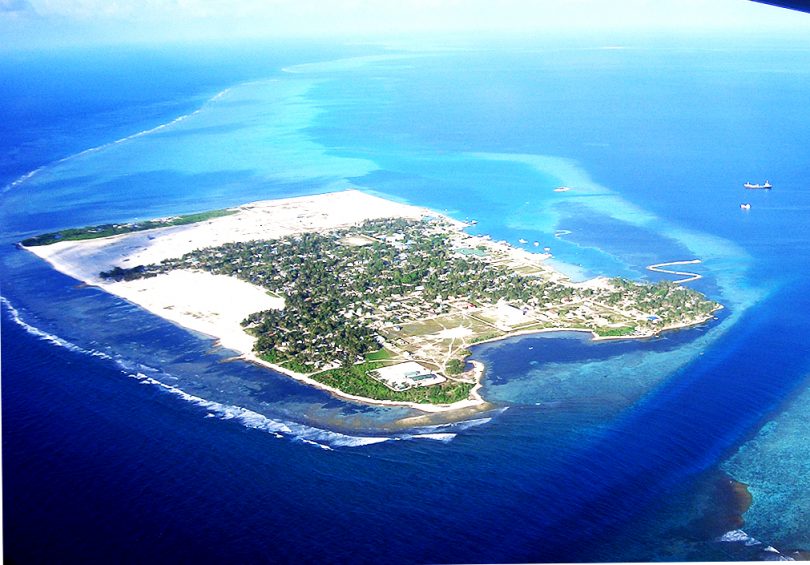 There is no country that has not seen civil unrest or revolution. In this matter, the Maldives is no exception; the unrest in Thinadhoo taking the nation by storm even half a century later. Thinadhoo has a vibrant history of unrest, revolution, bloodbaths and finally, peace.

In the 1570’s, Sultan Al-Ghaazee Mohamed Thakurufaan Al-Auzam Sri Savaadhee’tha Mahaaradhun, better known as Bodu Thakurufaanu who delivered the nation from the 17-year rule by the Portuguese, travelled to Thinadhoo to find its residents practicing Buddhism. History suggests that Bodu Thakurufaanu invited the residents to accept Islam and the residents obliged. However, shortly after conversion, the newborns in the island started mysteriously dying. Overcome by worry and grief, the islanders sought advice from numerous people; a woman from Rahadhoo suggesting that the newborns were dying because they forsook their ancestor’s religion.

When news of this incident reached Bodu Thakurufaanu, the King was struck by anger and ordered the King’s army – known as Havaru – to seize the island and slay the apostates. Thus happened the bloodbath that redefined the island of Thinadhoo as ‘Havaru Thinadhoo’. According to historians, it was a violent and bloody ordeal that took the lives of a vast majority of the islanders, leaving the remaining to embrace Islam for fear of their lives. As a reward for restoring Islam in the island, Bodu Thakurufaanu gifted the island to the ‘Havaru’; the islanders having to pay rent to remain on the island. Havaru Thinadhoo was changed back to Thinadhoo during the administration of the former president Maumoon Abdul Qayyoom in 1979.

In the 1950’s, when the Maldives was still under the British Protectorate, civil unrest broke out in the southern region of the Maldives; Addu, Fuvahmulah and Huvadhoo Atoll organizing a coup against the government. When news of this coup reached the capital, the government sent an army to settle the unrest while the then Prime Minister Ibrahim Nasir travelled to Huvadhoo Atoll in “Silver Crest”, a small yacht. The “Maldive Star” carried 700 men chosen among the public to Fuvahmulah, led by Gahdhoo Hussain Manikfaanu and Gahdhoo Hatheeb Hussein. These men were met with resistance in Huvadhoo Atoll as 200 of the Havaru guards confronted them with hand-made spears and weapons. Following violent confrontations, the army arrested the members of the coup.

According to historians, the residents of Thinadhoo were unhappy with the government of the Maldives. Unable to end the coup peacefully, the government of the Maldives wrote to the leaders of the coup to no avail. Met with strong resistance, the then Prime Minister Ibrahim Nasir once again travelled to the island in an attempt to end the coup and restore peace in the island. Some historical accounts suggest that the residents of the island attacked the army first, but opposing accounts exist. In a frenzy of attempts to seize control of the island, the government resorted to gunfire; shooting into the island in order to scare the residents into surrendering. It is said that three people lost their lives in this ordeal while about 50 men were detained and brought back to Male’.

The violence that took place in Thinadhoo on 4th February 1962 left the island and its residents devastated. Witnesses say that the government took action under direct orders from Ibrahim Nasir; orders that left thousands of people homeless and an island uninhabited within hours. Once the government’s army had seized power over the island, it is said that the residents of the island were forced to evacuate the island before sunset, while their homes were ransacked and stripped of anything worthy. People who witnessed the terror that day say that countless people lost their lives in this torment; men, women and children alike. The true horror of the events can only be felt and understood by the people who witnessed and underwent it.