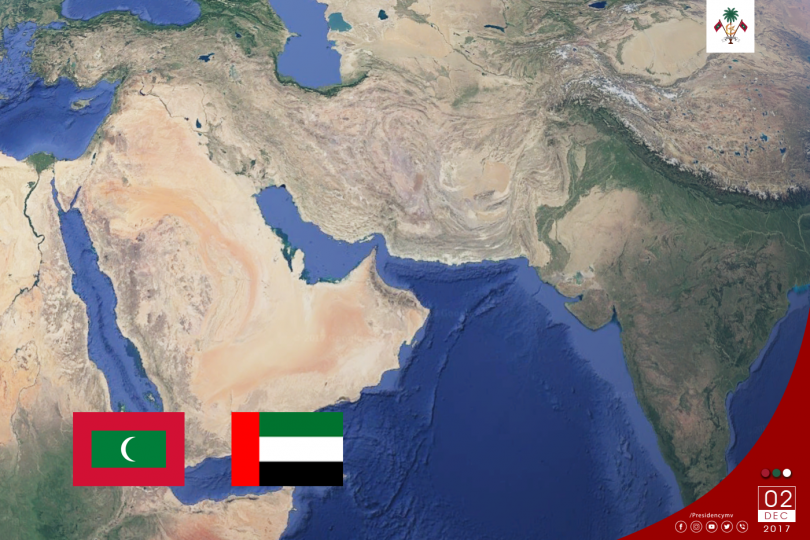 In his message to His Royal Highness, the President of UAE, His Excellency, President Yameen expressed hope that the fraternal bond between the Maldives and UAE will continue to go even stronger in the years ahead for the mutual benefit of both countries and their brotherly peoples, and noted with confidence that his recent visit to UAE has reinvigorated the Maldives-UAE relations founded on good will, understanding and reciprocity.

On a similar note, the President conveyed assurances to His Royal Highness, the Vice President and Prime Minister of UAE, of his trust that his recent visit has enlivened the spirit to further strengthen the existing partnership and emphasised that the Maldives remains firmly committed to maintain and cultivate the brotherly bond and development cooperation that happily exist between the Maldives and UAE.

The President noted that the Maldives-UAE ties have reached a new milestone in recent years, in his message to His Royal Highness, the Crown Prince of UAE, and expressed hope and confidence that this promising trend will remain for many years to come.

The National Day of UAE commemorates the federal unification of the seven emirates to form the modern-day nation.