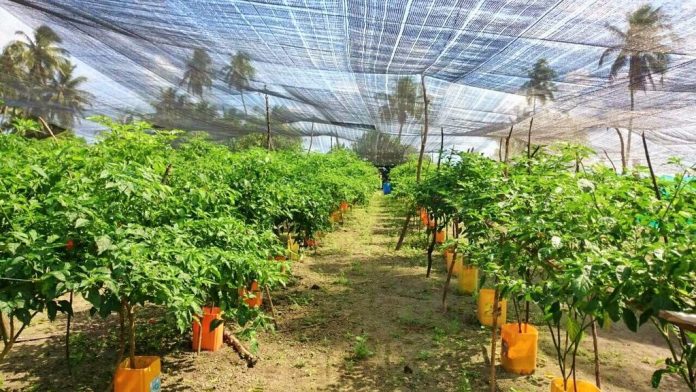 For decades we have been talking about the importance of agriculture, yet it still remains as one of the most underdeveloped sectors in the country. Agriculture now contributes to less than 5% to national GDP. In reality, it is a diverse field yet for a long period in Maldives’s history, we were able to sustain through the production of few crops without depending on imported food. This was when farming was carried out for subsistence – for day to day requirement. Covid-19 has seen to that we realize a new reality. A reality that requires, people with little knowledge and resources to venture into farming. The Maldives now, a greatly service-oriented economy with geographical attributes unique to the region has physical limitations for agricultural expansion.

Field crops (such as cotton, sugar beet and wheat), cropping for fodder (animal feed), pulses (such as legumes and peas) and oilseeds (such as sunflower and canola) has almost never been produced in a marketable fashion in the island environment. This is also the case for some major fields of agriculture such as largescale commercial flower production (floriculture), grapes orchards (viticulture), beekeeping for honey and pollination (apiculture), tree production mainly for timber (silviculture), mushroom cultivation for food and medicine (fungi culture), large scale animal husbandry (for beef, mutton and veal), and silkworm production (sericulture). Despite this, the sector had been a large contributor to the economy until the expansion of the tourism sector in the 1980s. 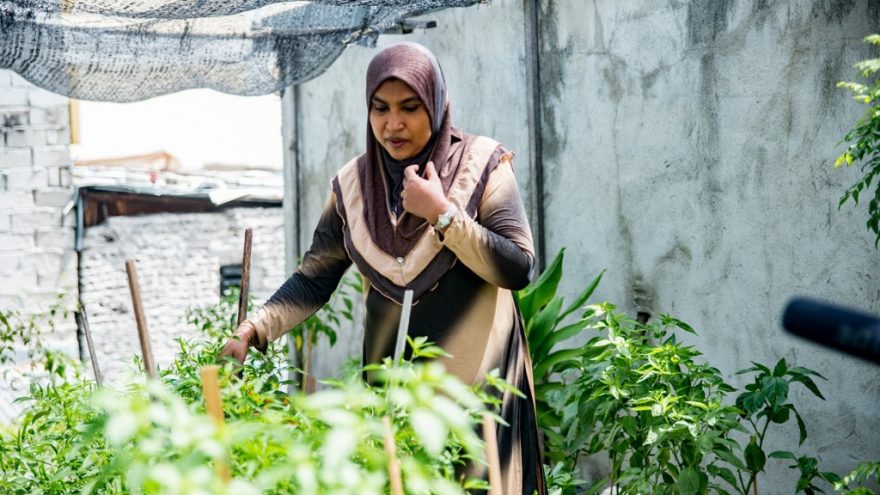 But no country has ever reached an advanced stage of economic development in the absence of agriculture as its primary engine of growth. Thus, how has farming changed since then? To understand the general orientation of the sector, few hard facts must be realized. Firstly, the majority of current production activities are saturated with ‘conventional’ practices that were transferred with the agricultural intensification programs of the 1960s, which followed from the ideas of ‘green revolution’. The main idea of green revolution was simple – intensively use resources, i.e. land, time, money and water with a large number of synthetic inputs to produce maximum yield from a unit land area. Since farming in localities for food and nutritional security was then a priority, especially in the absence of established linkages of global trade, this was an important idea for that era. However, it addresses very little on context specificity, on food quality, sustainable resource use, food diversity and long-term farm management. Therefore, this is where we are at. We have a large community of unskilled foreigners farming with little accountability in dispersed locations who applies the latest agrochemicals to generate maximum yield attainable, by using scarce land and water resources.

Secondly, most agricultural income is still based on a few main crops including watermelon, chilli and betel leaves (biley) that are grown in an unintegrated fashion. Therefore, we have low agro-biodiversity – few crop varieties and livestock, low beneficial insects and microorganisms. Agrobiodiversity also reflects on the diversity of people and age groups involved in the cultivation activities. This is the third point, which is the low presence of youth, skilled locals and women-led agribusinesses. And lastly, current agricultural activities are marked by inefficient resource use – a large portion of seasonal expenditure is spent on foreign inputs, Lack of efficient irrigation infrastructure and lack of precision farming techniques that are based on weather and market forecasts. 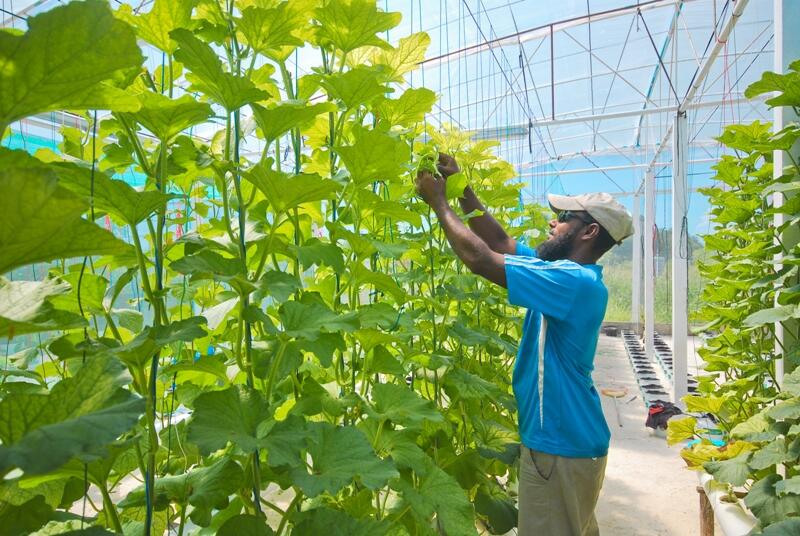 To convincingly navigate the agriculture sector into a profitable industry, it is more relevant to focus on quality local food production rather than a quantity-oriented approach. To achieve quality is to be innovative and context-specific. It is also about considering multiple factors other than the price of the food as the sole indicator of its value. In this respect, we may aim at distinguishing local products from imported products in a manner that brings trust between consumer and producers while generating an appeal for local food. In this regard, we could use more of national and island level agricultural encouragement programs at school and university level, nutritional awareness programs in combination with the health sector and agri-product certification and promotional activities. Additionally, here are 8 areas that have great potential for developing profitable integrated agribusinesses with some notable (but by no means exclusive) examples from the Maldives.

All these areas have the potential for development for the hospitality industry – agritourism. In recent years there have been a plethora of visitors who are interested in experiencing local food in the island environment. This is certainly the time to pick up momentum and lead the industry towards a sustainable and equally profitable future. The government has certainly been doing a lot of work in reorienting the direction of the agriculture sector. In this regard, agroecological and climate-smart agricultural practices are now being promoted country-wide with increased emphasis on the farmer and local business empowerment. Hopefully, we might witness more start-ups in these areas in the coming years and most importantly private sector involvement is crucial in exploiting the opportunities that exist in these areas.