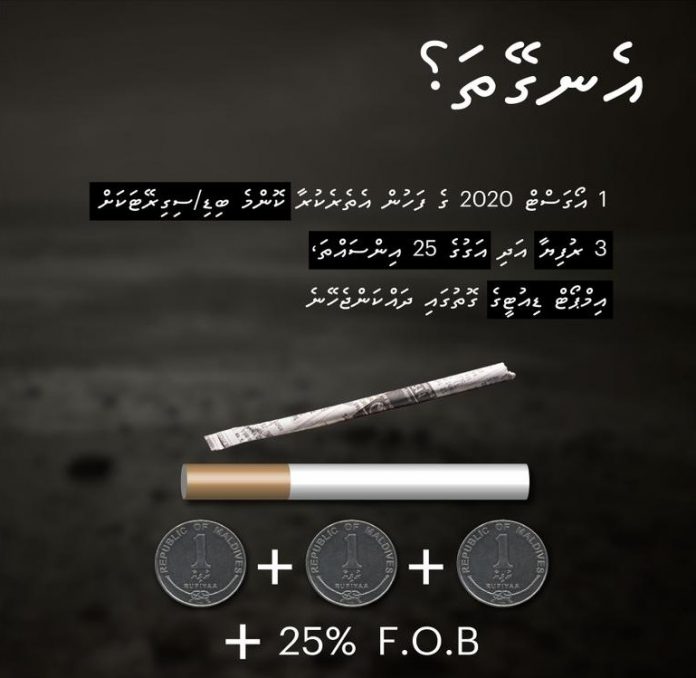 In the Maldives from 1st of August 2020, cigarettes and bidi will be charged a specific duty of 3 Rufiyaa per stick and ad valorem rate of 25% on the price (FOB). It was also revealed that 3% of duty revenue from cigarettes and tobacco products will go to public health fund to carry out anti-tobacco public awareness campaigns under the Public Health Protection Act 2012/7. The question is whether this an effective way to reduce the usage of cigarettes.

According to Truth Initiative, youth and young adults are two to three times more likely to respond to changes in prices than adults, and health economists have estimated that raising the cost of cigarettes to $10 per pack nationwide would result in 4.8 million fewer smokers between the ages of 12-25. Further, a study by WHO revealed that tobacco taxation can prevent millions of smoking-attributable deaths throughout the world and contribute to the achievement of global health objectives.

Tobacco is an inelastic product since it’s addictive. But many studies have shown that the increase in the cost of these products reduces consumption, especially in middle- and low-income countries. However, some people are questioning the true purpose of establishing this new import duty in the Maldives. Is it to truly reduce consumption of tobacco or increase the government revenue?