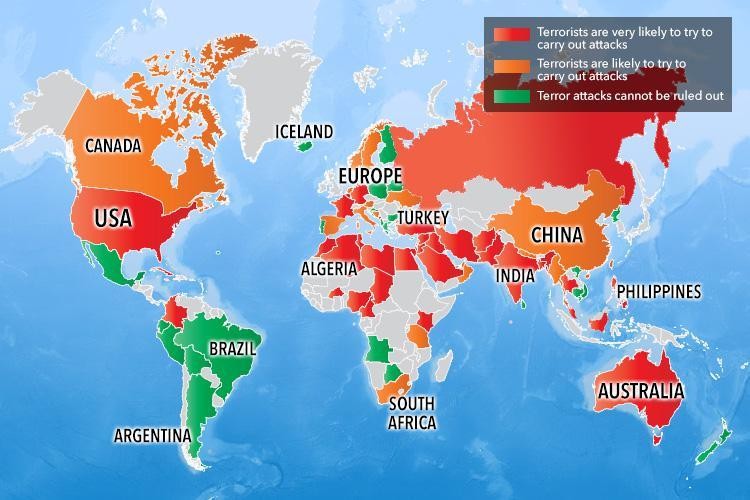 The Maldives is among the countries where terrorists are ‘very likely’ to carry out a terrorist attack this holiday season, says the British Foreign Office.

The British media has warned Brits to be vigilant while visiting the countries to which the Foreign and Commonwealth Office has issued travel advisories.

Popular destinations currently labelled as being ‘very likely’ targets of terrorist attacks include Maldives, India, Thailand, Indonesia, Malaysia, Philippines and Australia. European destinations, such as Belgium, France and Germany are also on the list, along with the United States and the popular African destination of Kenya – a former British colony.

Attacks could be “indiscriminate, including in places visited by foreigners,” according to the Foreign Office.

The latest travel advisory from the UK regarding the Maldives comes at a time when intelligence agencies in the west warn that ‘youths returning back from conflicts in the Middle East are likely to carry out an attack in their home countries. There are over a hundred Maldivians taking part in the conflicts in Syria and Iraq, according to authorities and media reports.

Despite several travel advisories, Brits keep flocking to the Maldives during the holiday season and throughout the year. The Maldives saw a hike in British tourist arrivals in the past year. More than a 100,000 Brits visited the Maldives last year alone. It should also be noted that the first visitor of the year is a young British woman who came to the Maldives via Dubai with her family.