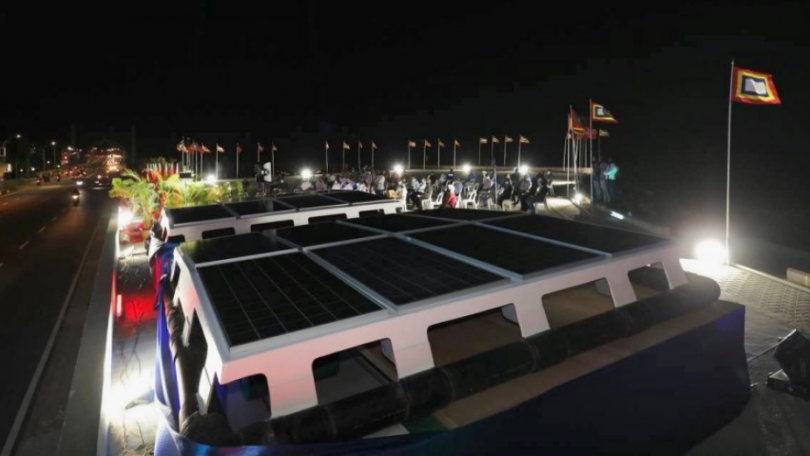 State Electric Company (STELCO) has introduced their “Green Life Solar Pod” systems, which can produce renewable energy through world-class solar panels. The launch was inaugurated by the Chairman of the STELCO Board, Mohamed Rasheed at an event held at the Usfasgandu Helipad on Wednesday night.

Speaking at the launch event, the Managing Director for STELCO Hassan Mughunee said that this is an initiative by STELCO as part of its effort to promote clean energy alternatives.

“Green Life Solar Pod” had been crafted after analyzing the world’s best over-water solar panel systems for both rivers and oceans. Offering a 25-year warranty when maintained properly, these systems have been created with minimum resources. The pods contain eight solar panels of 330 Watts and can easily be connected to each other and to existing electricity panels.

Mughunee noted that the energy systems are suited to the environment of the Maldives and is a much cheaper and energy-efficient design.

“The standard sizes available for now are eight and 16 panel systems. However, changes can be made to the sizes offered based on public demand.”

“Green Life Solar Pod” can be purchased by interested parties as early as next year.