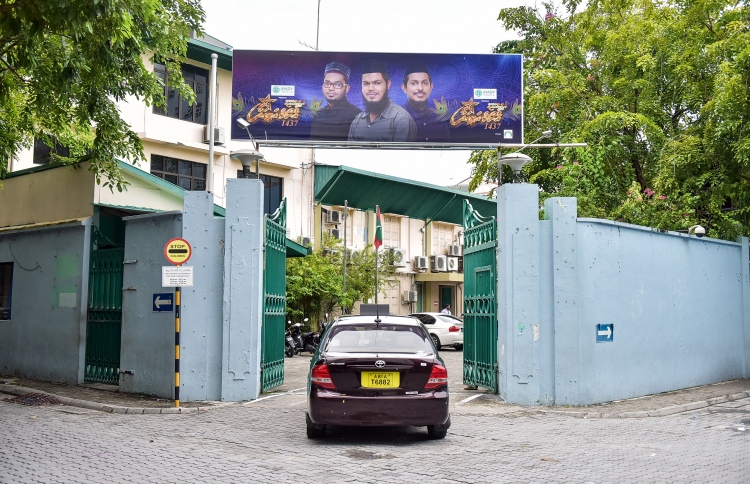 Umar Naseer had filed the case at the Broadcasting Commission, claiming that Inguraidhoo MP Ibrahim Falaah had defamed him during a rally of ruling Progressive Party of Maldives (PPM) on April 4, which was aired live on PSM’s TVM channel and Channel 13.

In his talk, MP Falaah alleged that corruption had been involved when Umar Naseer, during his tenure as home minister, awarded the tasks and activities of the Independence 50 celebrations in 2016 to various contractors. Umar has publicly refuted the accusations.

In a statement released after closing the case, Broadcasting Commission declared that TVM violated the Defamation and Freedom of Speech Act under Subject 27 of broadcasting regulations. According to the commission, PSM admitted to broadcasting MP Falaah’s remarks which defamed Umar Naseer, and was not able to provide any evidence in defence of the content.

Thus, the commission issued the hefty fine of MVR 200,000, giving PSM a period of 30 days to settle the penalty.

Under the notorious Defamation and Freedom of Speech Act, which curtails media freedom and journalism, penalties issued by the Broadcasting Commission must be settled before the case can be appealed at court.

While PSM has been fined over airing MP Falaah’s remarks at the rally, the Broadcasting Commission has not taken any action against Channel 13, which broadcasted the same content in the same time slot.