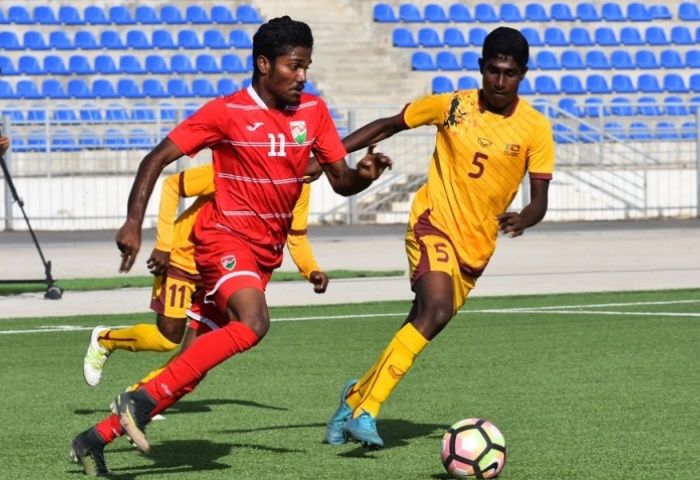 Hisor: Sri Lanka had substitute W.N. Malshan to thank as his stoppage-time goal gave them a precious 2-2 draw with Maldives in their opening AFC U-19 Championship 2018 Qualifiers Group B tie on Tuesday.

Maldives looked to have sealed all three points as they led 2-1 with just seconds on the clock but suffered the heartbreak of conceding two minutes into added on time at the Hisor Central Stadium in Tajikistan.

Maldives started the match the better of the two and their early efforts were rewarded when Rishwan Ismail gave them the lead in the 15th minute.

Stung by the early setback, Sri Lanka poured forward but had to wait until the 44th minute before finding the equaliser, with Razooniya Mohamed Shabeer burying the ball in the net.

Maldives, however, did not allow the equaliser to derail them and hit back just seconds into the restart after halftime, with Musannif Mohamed giving them the lead again.

There was, however, not to be a winning start for Maldives as Malshan turned hero with his late strike.