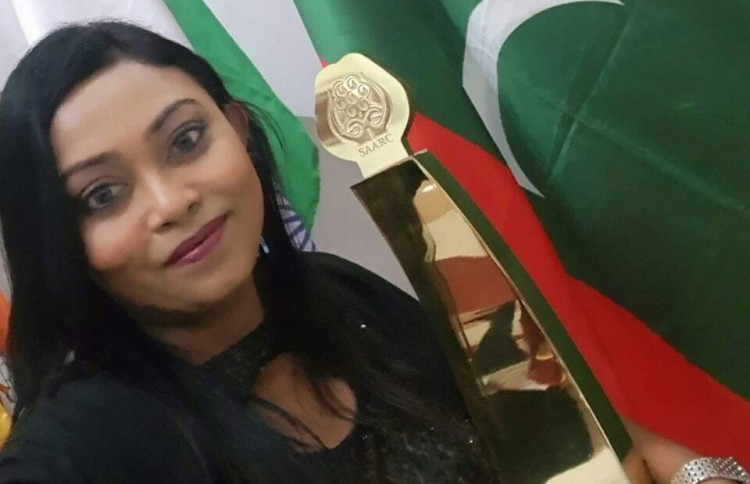 Local actress, Aishath Rishmy has picked up the award for Best Actress at the South Asian Association for Regional Corporation (SAARC) Film Festival 2017.

She won the award for her film ‘Vishka’, which she had produced as well.

‘Vishka’- which premiered back in March- was the only Dhivehi movie nominated at the SAARC Film Festival this year. While the release date coincided with Women’s Day, the movie is based on the life of a woman, touching on various issues faced by women within the society.

Back in 2014, Maldives’ Ismail “Copy Isse” Rasheed won the award for Best Actor at the film festival.

This year’s SAARC Film Festival was held at the National Film Corporation Cinema Hall in Colombo, Sri Lanka from the 21st to 25th of November.