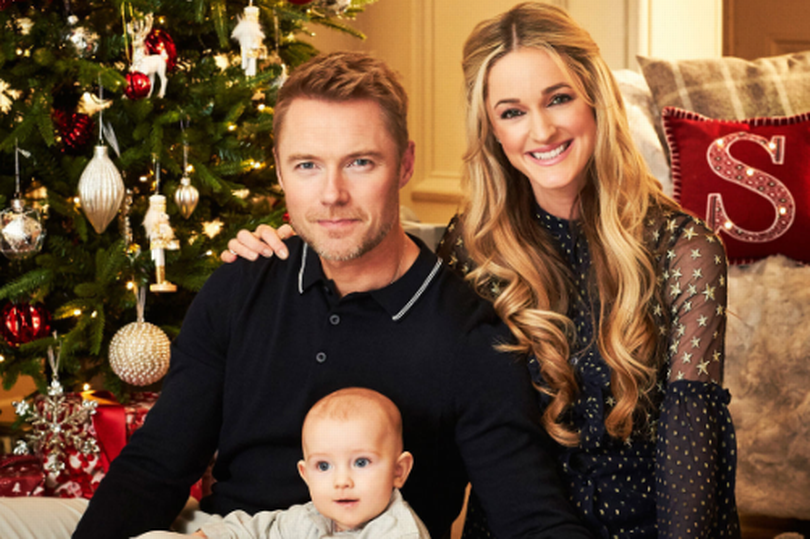 Ronan and Storm Keating are set to spend their first Christmas with baby Cooper on the beach in the Maldives.

The 40-year-old Boyzone singer and Australian TV producer welcomed the tot back in April and will be celebrating their first festive season as a family with an exotic holiday.

Posing for a Christmas themed photoshoot in the latest edition of Hello! Magazine, Ronan revealed that spending December 25 in the sunshine is nothing strange to his 36-year-old wife, who hails from just outside Sydney.

The crooner said: “It will be really different for me because I’ve never had a warm Christmas ever, but it will be a little more like home for Storm.

“It’s been another mad busy year so we’re both really looking forward to getting some sun and making the most of my two weeks off work… and as Coops is still too young to really understand Santa plus we’re still building the new house, it makes sense to do it now while we still can.

“From next year onwards I imagine we’ll be at home every year putting out the carrots and cookies.”

The loved-up couple gushed about their eight-month-old son, describing Cooper as the “greatest gift this Christmas”.

Ronan is also dad to 18-year-old Jack, 16-year-old Missy and Ali, 12, from his first marriage to model Yvonne Connolly.

The Life Is A Rollercoaster hitmaker described himself as a “hands on dad” and said his older kids have a special bond with their little brother.

“When my big kids were just little kids, I was that crazy dad who would run around town like a mad man buying and sorting it all,” Ronan said.

He continued: “All four of my kids are amazing and it’s very, very special to see the bond between them all.”