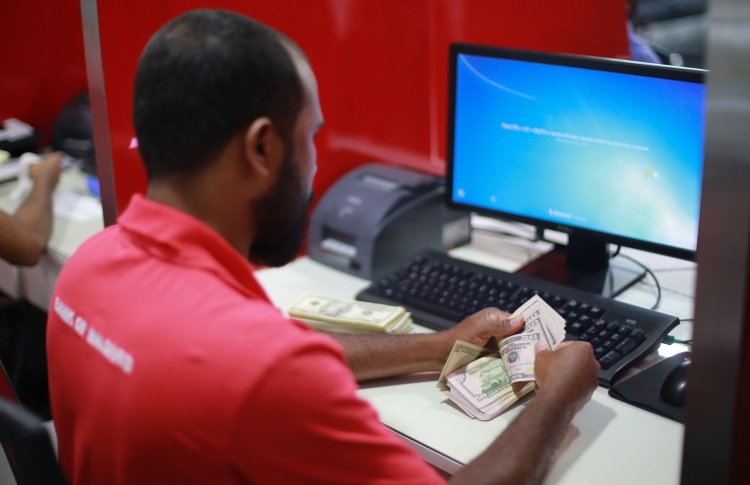 An employee of BML pictured counting US Dollars.

Following a drop in US Dollar revenue, the usable reserve of the state treasury declined to USD 179 million by the end of October.

According to Maldives Monetary Authority (MMA)’s economic review, the central bank’s usable reserve stood at MVR 179.8 million by October end, which is a monthly decrease of six percent.

MMA attributed this drop to a decline in US Dollar revenue. The official reserve by the end of October was MVR 494.4 million, which is a drop of five percent compared to the previous month.

The highest US Dollar revenue for import-dependent Maldives is from the tourism industry, with MVR 1.3 billion recorded in October. According to MMA, the amount is MVR 80.2 million higher than that of the previous year.

Meanwhile, the government expenditures in October amounted to MVR 1.5 billion in state employee remunerations and development projects. MMA stated that the record is MVR 808.9 million lower than the same period last year.