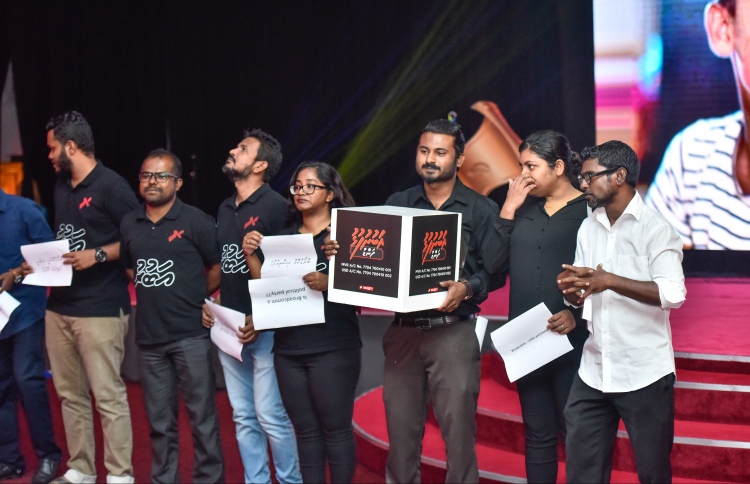 Opposition aligned television channel Raajje TV has filed at the Civil Court, seeking to delay the deadline of the station’s latest fine for defaming the president.

Maldives Broadcasting Commission (MBC) had fined Raajje TV by MVR 500,000 earlier this month, for broadcasting content that defamed President Abdulla Yameen Abdul Gayoom and “compromised national security”. The fine was in connection to comments made by Thimarafushi MP Mohamed Musthafa on a programme aired by the station.

Raajje TV is seeking to postpone the deadline because the fine was issued unlawfully, claimed the station’s CEO Hussain Fiyaz.

The TV station has opened a fund to raise money to settle the hefty fine.

Meanwhile, Raajje TV is also planning to sue MBC’s president Mohamed Shaheeb, claiming that MBC is taking action against broadcasters in violation of the Constitution. The station has further warned to take action against other members of the commission as well.

This marks the third time that Raajje TV has been fined under the contentious Freedom of Speech and Defamation Act. MBC had first fined Raajje TV MVR 250,000 over a news broadcast. On the day Raajje TV settled the payment, it faced a second fine of a staggering MVR 1 million for broadcasting an opposition rally during which defamatory remarks were made against President Abdulla Yameen.