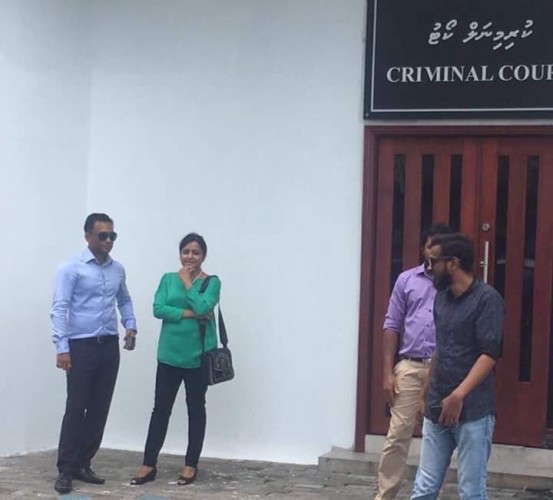 State Minister for Health Ministry Dunya Maumoon says that she was proud to have served President Abdullah Yameen and the people of the Maldives.

Minister Dunya had resigned as Foreign Minister on July 5, 2016. Her resignation came at a time when relations had soured between incumbent President Yameen and his half-brother former President Maumoon Abdul Gayoom, who is also Minister Dunya’s father. The same day, the Ethics Committee of ruling Progressive Party of the Maldives (PPM) passed to remove her sibling Dhiggaru Constituency MP Ahmed Faris Maumoon from the Party.

Speaking about her resignation, Minister Dunya then said she had resigned due to differences rising over personal beliefs and Government’s stance on capital punishment. She said enacting the death penalty will impact the nation in the global arena.

However, in a surprising turn of events, she accepted a significantly lesser position by accepting the position of State Minister at Health Ministry on January 5, 2017. By then her father had revoked the support he had given to the present administration.

Later on July 18th, brother MP Faris Maumoon was arrested on charges of attempted bribery and had been detained in Maafushi jail since then.

Following his arrest, Minister Dunya had tweeted sympathies to MP Faris’ family. The photo attached to the tweet showed Minister Dunya, Faris, Ghassan Maumoon and Yumna Maumoon during their childhood. The tweet, simply said that blood was thicker than water.