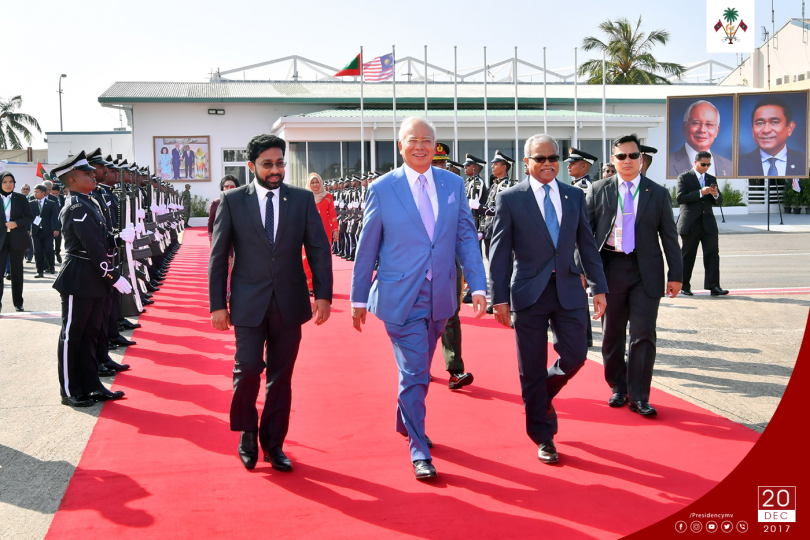 The Malaysian Prime Minister and First Lady were seen off at the Velana International Airport by Minister of Foreign Affairs Dr. Mohamed Asim, Minister of Home Affairs Azleen Ahmed and his Spouse.

During the visit, President Yameen met with Prime Minister Najib of Malaysia, and discussed matters of mutual concern. Official talks were also held between the Maldives and Malaysia, where deliberations were mainly focused on strengthening cooperation between the two countries in different areas.

During this official visit, four key agreements were signed between the Maldives and Malaysia in areas including education, health, culture and civil defence, aimed at further enhancing the existing relations between both countries.