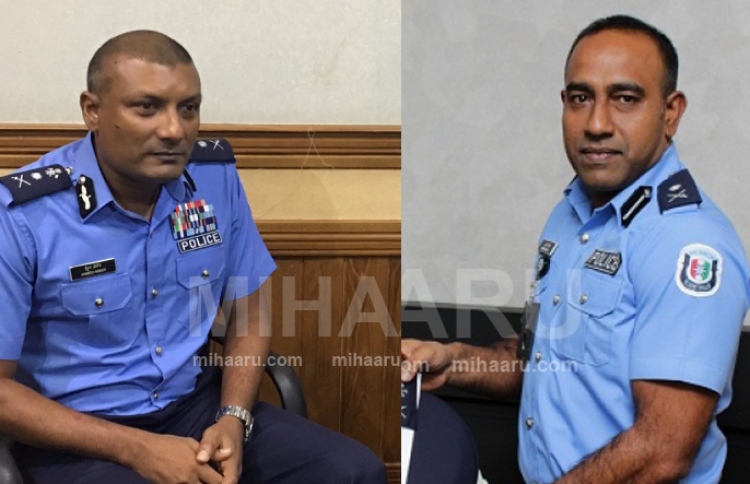 The President’s Office has begun investigating a dispute between the Police Commissioner Ahmed Areef and his deputy Ahmed Saudhi.

Mihaaru is aware that the disagreement between the police commissioner and the deputy commissioner is being investigated by a special committee assembled by the president’s office.

The president’s office, however, has not confirmed that it is probing the alleged dispute. When asked for a comment, the president’s press secretary Ibrahim Muaz said that “there is no information regarding such an incident that is available for the media yet.”

The committee has also summoned some senior police officers for questioning, but it is not clear whether they were summoned in relation the alleged incident.

Whilst there were allegations on social media of a disagreement resulting in violence that occurred between the police chief and the deputy chief, Mihaaru is aware that no such incident occurred.

Early in September, the police’s disciplinary board had dismissed the Chief Superintendent of Police Mohamed Riyaz. The grounds for his dismissal were not disclosed.