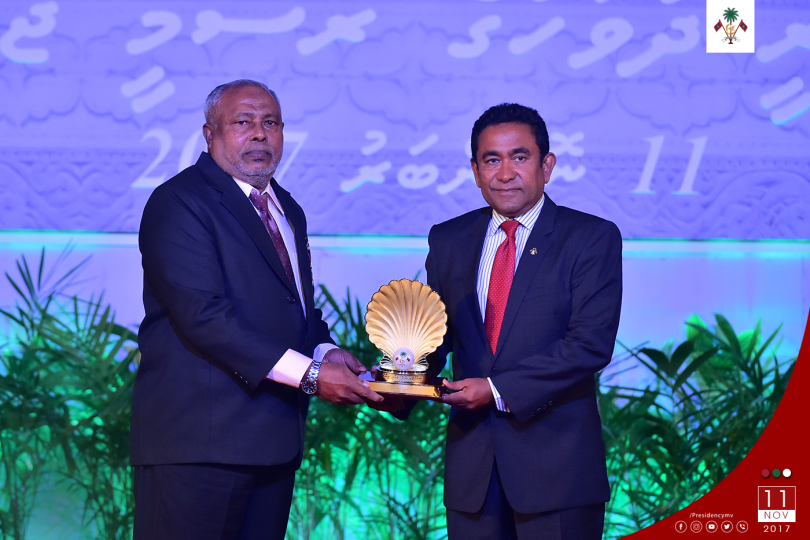 Two honourees received the National Award of Honour this year. They are;

Twenty five honourees received the National Award of Recognition. They were:

In addition, the National Award of Recognition was also presented to one association. Namely:

25. Naifaru Juvenile, in the area of Social Services

In his speech, President Abdulla Yameen Abdul Gayoom extended his congratulations and warm wishes to all the recipients of this year’s National Awards.

The National Award is presented to outstanding individuals, civil institutions, private companies, and organisations in recognition of, and honouring, exceptional and continuous services towards nurturing a healthier and more vibrant society and contribution to national development.