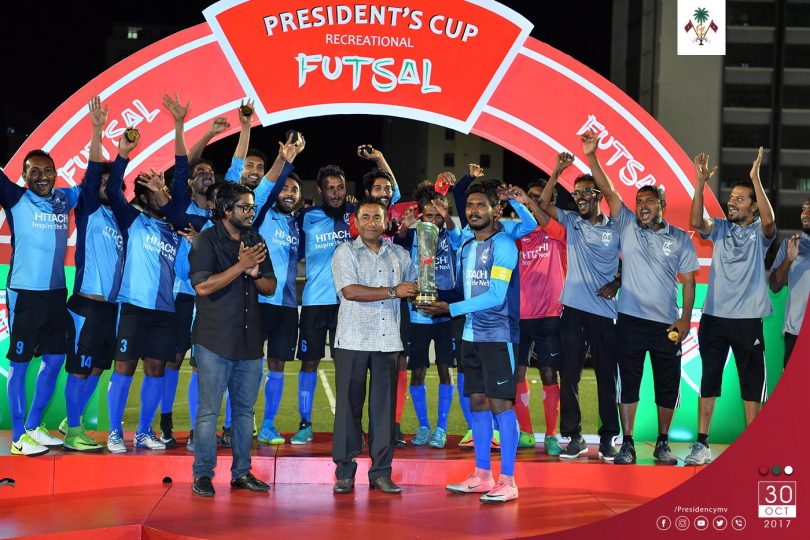 President Abdulla Yameen Abdul Gayoom has attended the final match of the President’s Cup Recreational Futsal tournament. The match was held on Monday evening at the Maafannu Turf Ground.

STO team won the match against MACL team, with a 3 – 0 score.

The futsal tournament held for the government offices and government Companies was organized by Football Association of the Maldives.