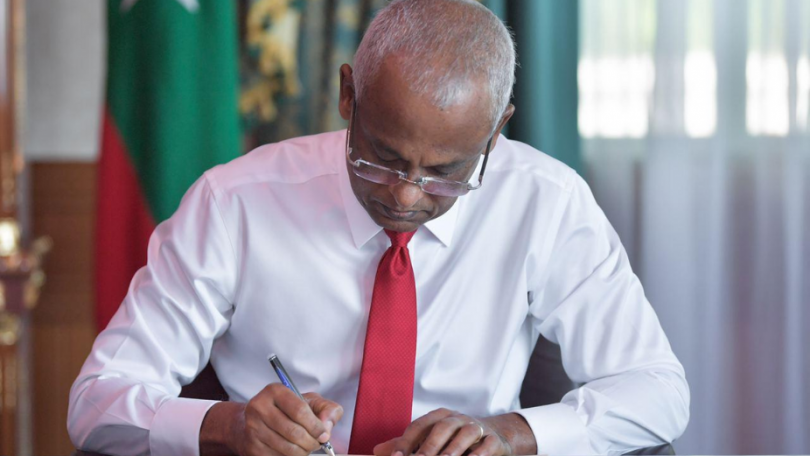 President Ibrahim Mohamed Solih has ratified the first amendment to the Elections Commission Act (Act no.: 08/2008).

The amendment was passed by Parliament at the 33rd sitting of its second session, held 6 September 2020.

The amended Act reconstitutes the duties and responsibilities of the Commission’s President and Members while vesting the institution with more independence to exercise its mandate. It also makes it incumbent upon all Commission members to act professionally and impartially, when acting in an official capacity.

Upon ratification, the amendments to the Act have been published in the Government’s Gazette and enter into force immediately.