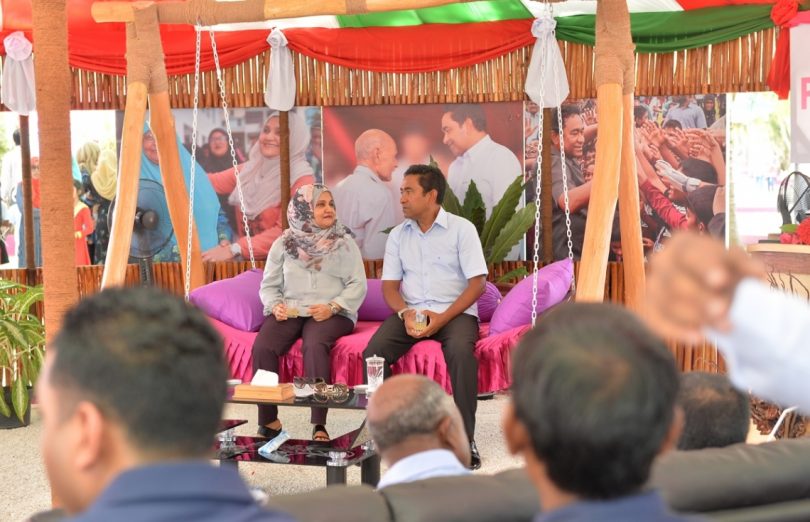 The original Dhivehi article was published on Avas.mv website on 27th September 2017.

‘Happiness from ATM’ (referring to ATM installation on the island by the Bank of Maldives), ‘Library to enrich education’, ‘A generator to ensure power supply’, all these covers basic necessities. In an island, there should be the most basic essentials. Irrespective of the size of the island, those constitute as requirements today for any inhabited island. 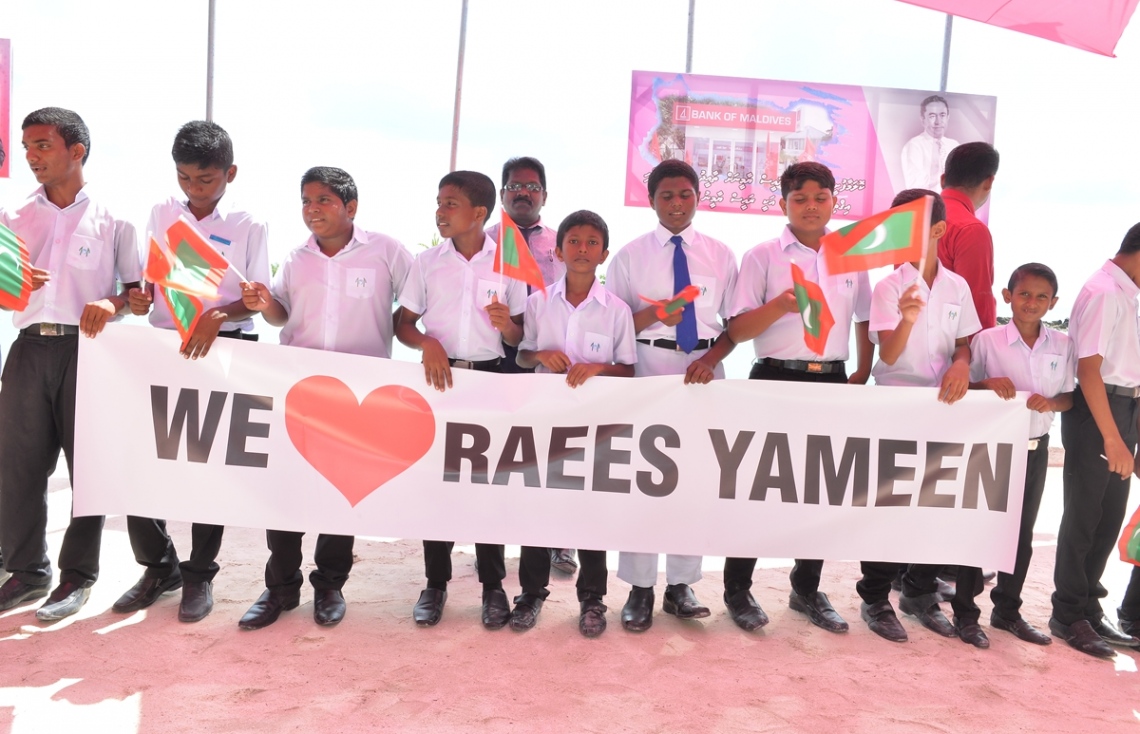 When President Yameen visited Gaafu Alifu Kolamaafushi Island, the local islanders welcomed the president and expressed their gratitude of having fulfilled these basic needs. This was nicely laid out and recited to the president through a poem, by school children. Whilst president was sitting opposite, swinging on a local swing accompanied by his wife. 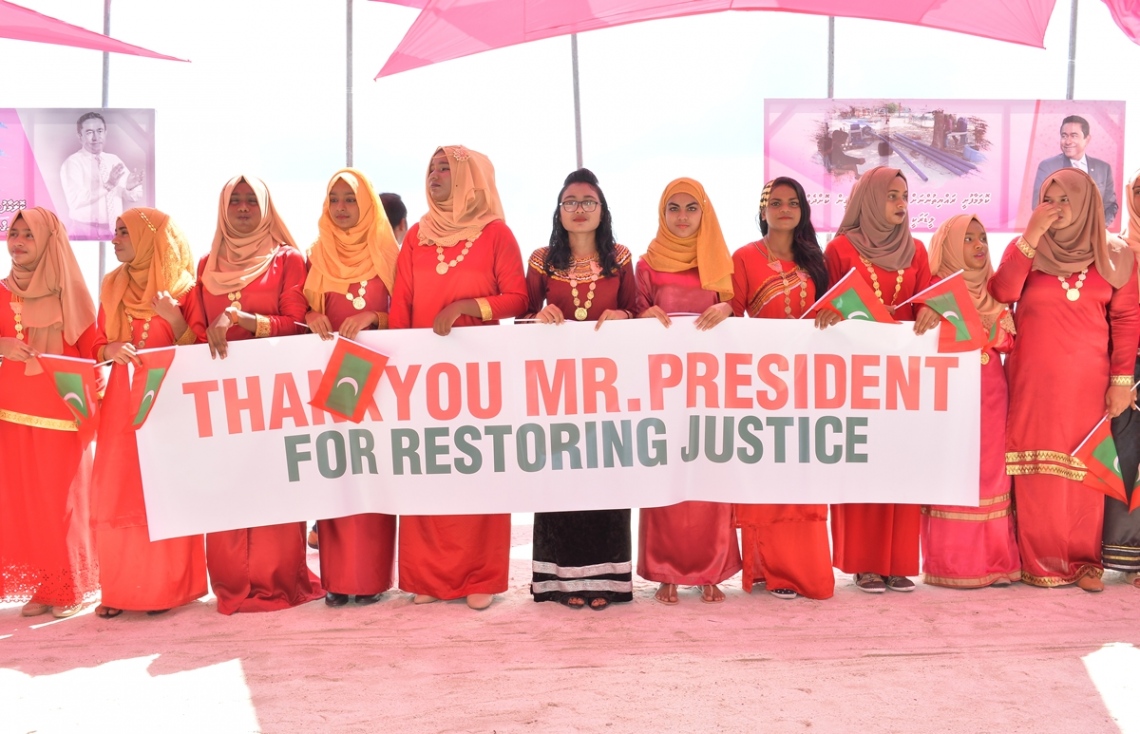 First, we mentioned about basic needs. And when those needs were met, how locals reacted. Does this sound right? Maldives is no longer a kingdom. It was something that belongs to the history. This is a country where citizens rule. Citizens have the power. 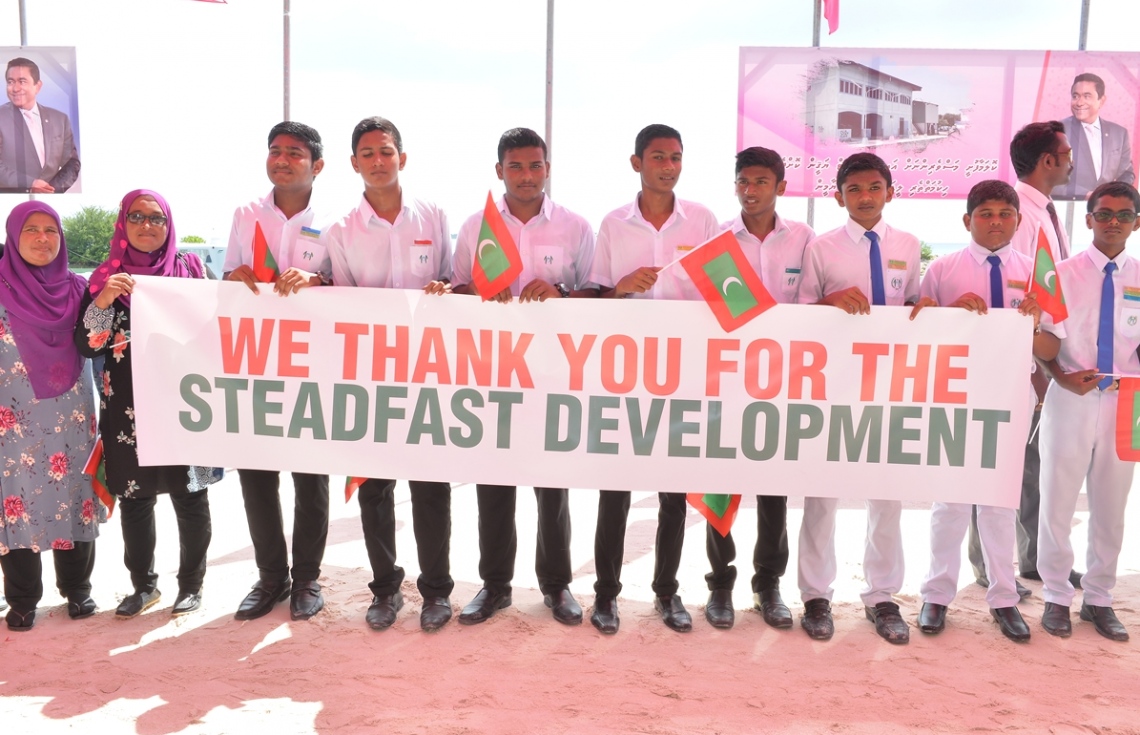 It is every government’s mandate to provide the basic needs to its citizens. The people vote and elect a government when they promise to fulfil it. It is not a choice that citizens give to the incumbent president, it is, in fact, a mandatory duty. When these are fulfilled the citizens need not praise and kneel down in front of their leader, this not done in a modern society. If those requirements are not met, then it is a leadership failure. If they do deliver, then the citizens re-elect the leader. 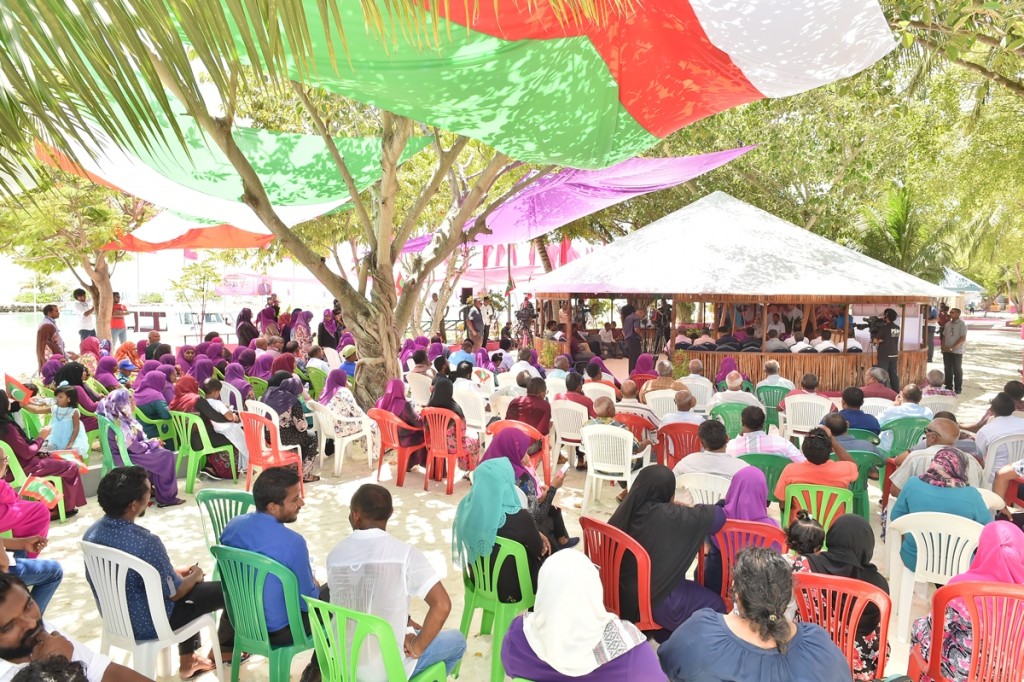 To treat as a royal, made to sit on a swing, perform a Bandiyaa (traditional pot dance) dance and the pomp and ceremony are signs of a kingdom. It is a sign of citizens being enslaved. A representation of a king’s humility. After democracy, those traditions are of the past. It is a call for a concern if those traditions are being revived again. Scenes from Kolamaafushi Island were telltale signs. The chiefs were seated regally in soft comfortable chairs. Whilst, the locals in ordinary chairs. The praising kept pouring at an incredulous level. However, the mentioning of works done for the island are very basic and as a leader is obligated to do so. Those deeds are delivered using the money paid by citizens as tax. When that is the case, really question yourself whether a leader deserves to be praised unjustifiably? Even the president himself doesn’t believe he deserved that much glorification. 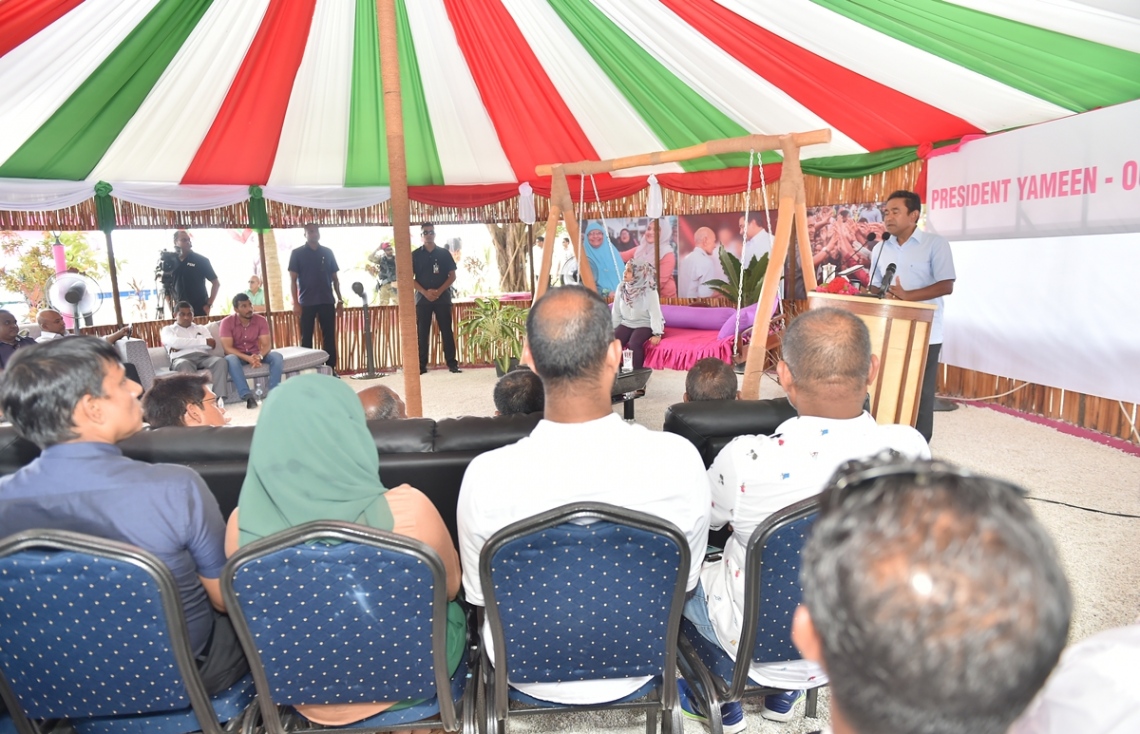 When a leader visits an island, it feels like Eid (festival) for them. It is not a problem to celebrate and is also not a problem to welcome a leader to their island. The same applies for showing gratitude. However, to spew out praise excessively and rave, until the president is left embarrassed, is not right. That is something that leads to forgetting the power of citizens. Advice to Maldivians: go easy on praising anyone.