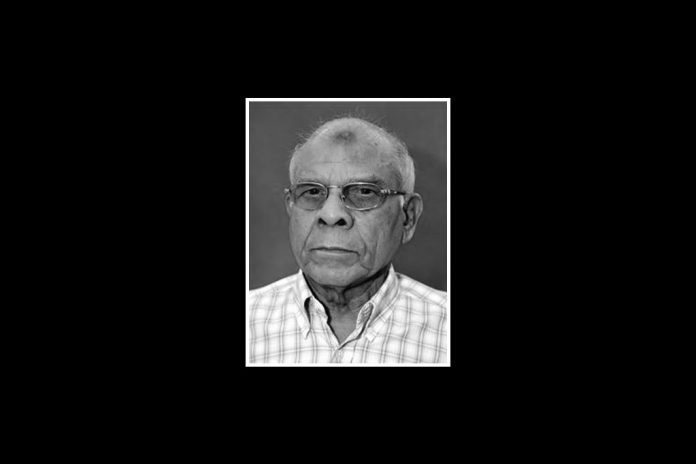 President Ibrahim Mohamed Solih has extended condolences to the family of the Order of the Dignified Rule of Kalaafaanu Hussain Abdulla (Maroshi Hussain Kaleyfaanu), upon his demise.

During a telephone call to a family member of Late Hussain Abdulla, President noted that it was with profound sadness that he received the news of his passing. While highlighting Hussain Abdulla’s valuable services rendered to the economy in terms of business and social benefits, President Solih noted that the benefit of those many years of service would last long forever. He also expressed his support for the family in their time of sadness and extended his heartfelt sympathy and sincere condolences to the members of the family. President Solih prayed that Allah (SWT) grant late Hussain Abdulla’s soul eternal peace in Janna.

Maroshi Hussain Abdulla has contributed greatly for the benefit of the community including several projects at his Island, Maroshi, where he was Island Chief, and the Atoll it belonged to. Hussain Abdulla greatly loved Maroshi and the community of the Island. Some sectors he contributed to include business and education. Maroshi Hussain Kaleyfaanu was the owner of famous business MHA.

On 11th November 1979, along with three teachers, Hussian Abdulla initiated Al Madharusathun Munawwara in his own house and began providing education services free of charge to the Maroshi Island’s residents. After running the school for 27 years, he opened a new, updated school building, financed with his own money. He also provided numerous opportunities to the students to study further in Universities abroad.

Maroshi Hussain Kaleyfaanu is known for providing excellent and personalised services in social, economical and infrastructural development. He has also built mosques in several Islands in Shaviyani Atoll with his own finances.

The Government of Maldives acknowledged his years of service to the society through the National Award of Recognition in 1992, following which, 13 years later in 2005, he was awarded the National Award of Honour. In 2011 the Government of Maldives also awarded the Order of the Dignified Rule of Kalaafaanu to late Hussian Abdulla.