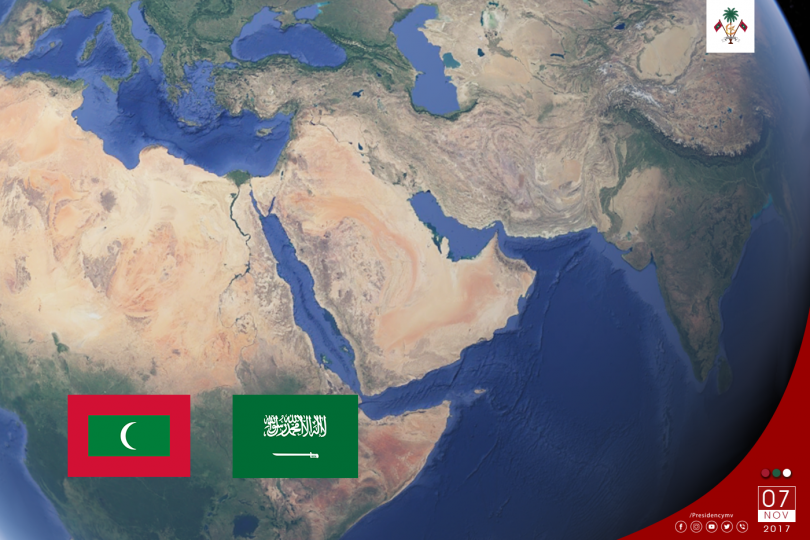 President Abdulla Yameen Abdul Gayoom has sent a message of solidarity to His Majesty King Salman Bin Abdulaziz Al-Saud, King of Saudi Arabia and the Custodian of the Two Holy Mosques, condemning the attempted ballistic missile attack on Riyadh by the Houthi militia.

“It was with great shock and anger that I learned of the attempted ballistic missile attack on Riyadh by the Houthi militia, targeting innocent lives and crucial infrastructure.”

“The Government and the people of Maldives join me in condemning this act of terror in the strongest terms and assure our firm commitment to working closely with the Government of Saudi Arabia and the international community in eliminating the global threat of terrorism.”

“During this time of national distress, I also wish to express our firm solidarity with Saudi Arabia, in its efforts to restore regional peace and stability.”

“Please accept, Your Majesty, my personal best wishes for your good health and well-being, and the assurances of my highest consideration.”