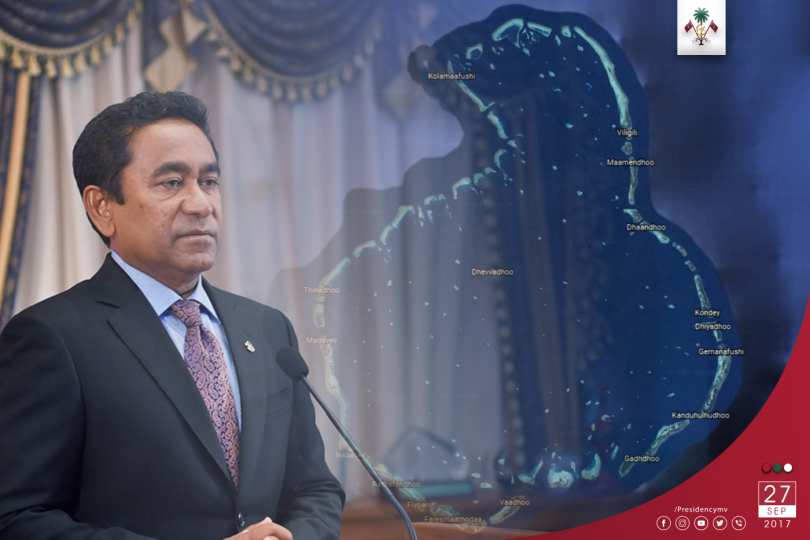 President Abdulla Yameen Abdul Gayoom and First Lady Fathimath Ibrahim have arrived back in Male´, on conclusion of their visit to North Huvadhoo Atoll islands of Kooddoo, Kolamaafushi and Villingili.

President Yameen and First Lady visited the islands of Kolamaafushi and Villingili on Tuesday, 26th September 2017, and met with the citizens of both islands. The President also inaugurated the Villingili Mosque, Masjidul Ikhlaas, constructed under the grant aid of His Majesty King Salman bin Abdulaziz Al-Saud of Saudi Arabia.