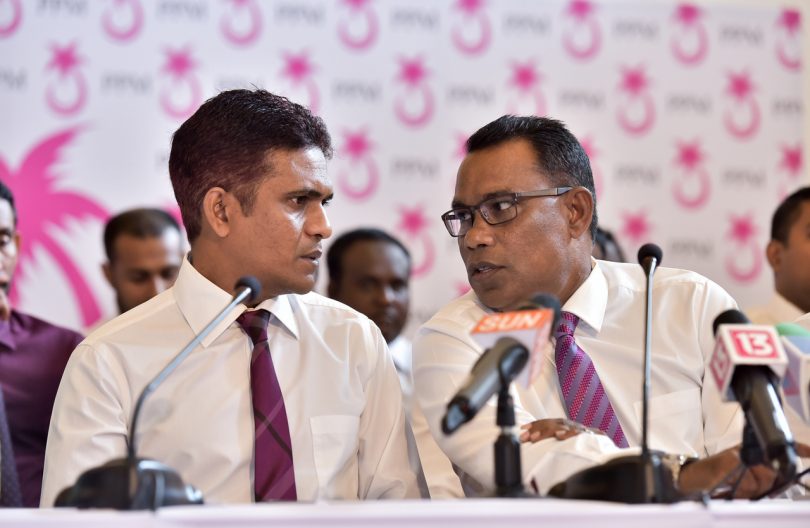 Speaking to the main opposition Maldivian Democratic Party (MDP)’s national congress on Saturday, Nasheed had said that it was unlikely to hold free and fair elections, given the current political situation in the Maldives.

Refuting the self-exiled former president’s call via Twitter, PPM’s deputy leader said that Maldivian citizens do not want an interim government, and that they are ready to move forward with “progress”. He further stated that incumbent president Abdulla Yameen Abdul Gayoom will secure the majority of votes and win the upcoming election slated for 2018.

PPM’s parliamentary group leader and Villimale MP Ahmed Nihan also took a jab at the former president via Twitter, saying, “No matter how I do the math, the outcome is not favourable for Nasheed and he will not be able to compete in the 2018 presidential election.”

MP Nihan had even indirectly quoted Nasheed saying that there is a “scientific guarantee” about him not winning the election.

Nasheed told MDP’s national council on Saturday that the interim candidate that will contest in the presidential election should be selected after narrowing down potential candidates from the joint opposition coalition.

According to him, the reason for this is because there is no “scientific guarantee” that any one candidate or opposition party could secure the majority in the presidential election.