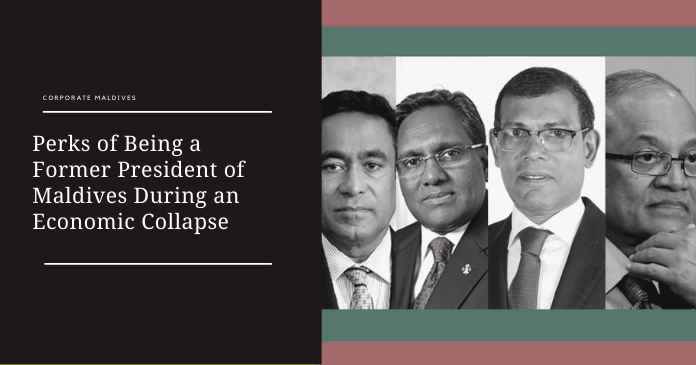 Following the ratification of the second amendment to the Former Presidents Protection and Benefits Act in 2019 by President Ibrahim Mohamed Solih, more than MVR 580,000 will be paid to any former president who served one term in office. The news comes to highlights during a time the government struggles to meet expenditures. 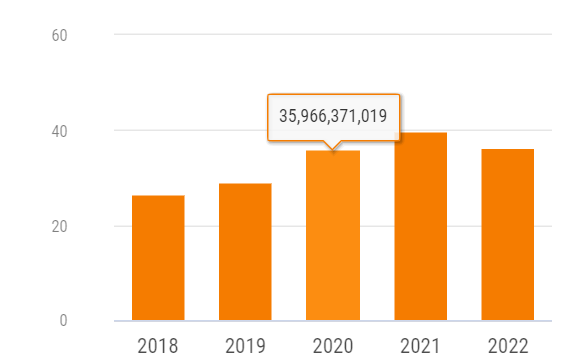 Total Expenditure in Billion MVR, according to Budget 2020

According to former Director of Internal Audit & Investigations, Ismail Zariyand, former Presidents’ allowance should be treated as a “retirement pension” and his office expenses should be allowed for non-political purposes only. He stated that the government should be more responsible for financial control matters and the law should be amended to the context of retirement.

In the United States, the Former Presidents Act passed in 1958 states that former president benefits include pension and funds for travel, office space, and personal staff. They also receive lifelong Secret Service protection for themselves, their spouses, and their children under 16. So what’s a pension? It’s a regular payment made by the state to people of or above the official retirement age and to some widows and disabled people. But in the Maldives, allowances are paid to former presidents every month.

Take a look at another country: South Africa. The list of benefits given to all former state presidents in South Africa includes a state-funded house, personal security and an official salary of R2.87 million which was approved in 2016. Thanks to taxpayers, former presidents of South Africa live a lavish life even after leaving the office.

But in a country like the Maldives, we can’t help but wonder how this expenditure is paid. Is this a reasonable expenditure from the taxes? Shouldn’t the government make changes to this during a time the country is struggling to meet expenses in the crisis?