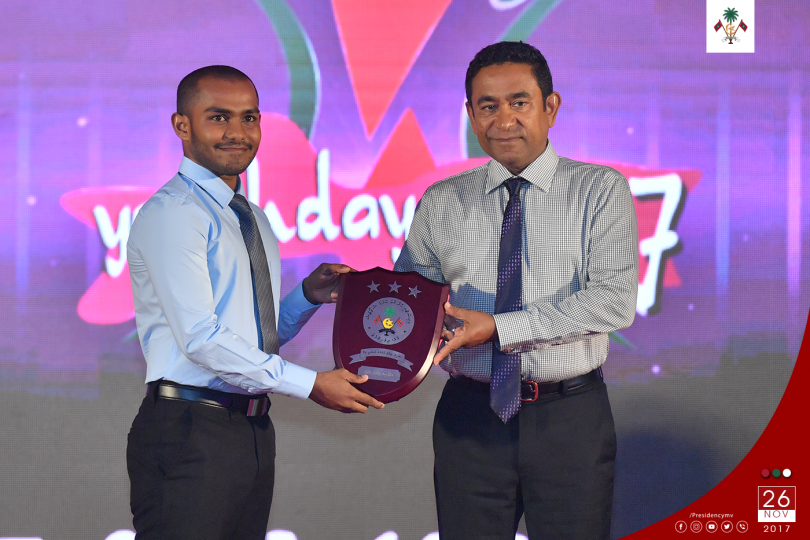 President Abdulla Yameen Abdul Gayoom has stated that Maldivian youth should, through active participation, be the embodiment of national progress. The President made this statement while speaking at the event held this evening to celebrate this year’s Youth Day. The event was organised by the Ministry of Youth and Sports.

The President also highlighted on-going work towards the commencement of building an International Football Academy within the next year in collaboration with Football Association of Maldives (FAM). By investing in sports infrastructure across the country the government looks forward to encouraging more and better prepared, athletes to represent the country in different international tournaments, the President said.

Moreover, the President said the state budget of 2018 will focus on providing many opportunities for Maldivian youth – in housing, education, sports infrastructure and job opportunities.

During the ceremony, President Yameen presented the Youth Awards in 8 different categories.
Youth day is celebrated on 17th November every year. The 2017 slogan was “Youth participation, nation’s future”.