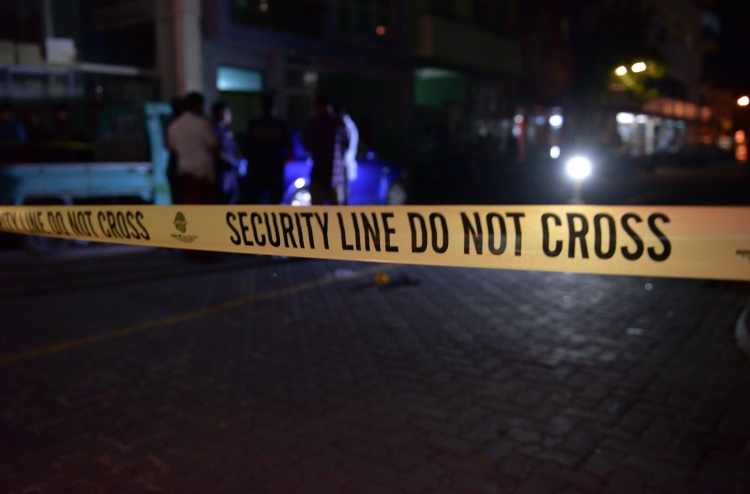 Police tape is drawn at the scene of a gang violence in capital Male. PHOTO/MIHAARU

The opposition coalition on Sunday released a statement criticising the government for not being able to take firm action against the escalating violence in the country.

The opposition took a jab at President Abdulla Yameen’s electoral pledge to create a Utopian state for the youth and said that the government needs to prioritise creating a safer environment first.

According to the opposition, over 30 murders have taken place since the president assumed office while the government tries to distract the public by hosting “sports fiestas.”

Further, the opposition coalition also criticised the government’s lack of initiative in taking more assertive action against known drug kingpins and stressed the importance of disengaging the youth from the drug-culture that is growing in the country.

“Whilst the court frees convicted felons out onto the streets and the government is incapable of bringing these criminals to justice, it still ensures that political prisoners and anyone who does not conform to their beliefs remain in prison,” the statement read.

The opposition coalition urged the government to focus on resorting peace and stability in the country by allowing the police and the army to carry out their duties without undue influence.