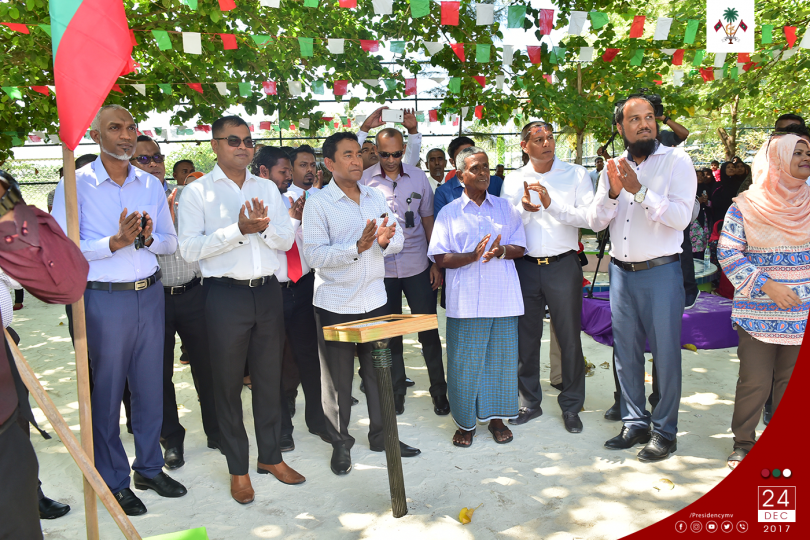 The Maldives does not require a “foreign big brother” for guidance and the country is not devoid of democracy, declared President Abdulla Yameen.

Addressing the people of Henbadhoo in Noonu atoll after inaugurating the island’s sewerage system, Yameen stated that illegal foreign influences would not benefit the future of the country or the solidarity of the citizens.

“We as Maldivians should aim to make our own decisions, we should not be dependent on a foreigner for our decisions,” he said.

Yameen also said that he did not believe that a foreign nation should have any influence on decisions made by the Maldives, as citizens of the country would have the best interest of the country at heart.

The sewerage system of Henbadhoo is being developed as a social initiative by the Champa Brothers.