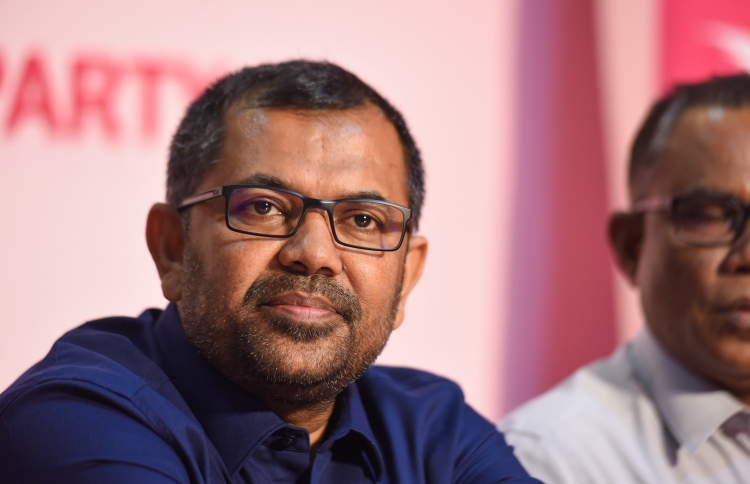 The Maldives government will not allow foreign bodies to interfere with any local elections, asserted tourism minister Moosa Zameer on Wednesday.

Speaking at a press conference held at ruling Progressive Party of Maldives (PPM)’s office, Zameer stated that he does not believe anyone would interfere with an election carried out in accordance with the Constitution.

“This government will not bow down to any such pressures nor will it oblige them. We won’t partake in any such discussions, either,” he said.

Zameer pointed out that each and every nation works to advance and go forth with its own philosophy. Taking Sri Lanka as an example, Zameer noted that Europe had lobbied its suggestions on how to deal with the aftermath of the Sri Lankan civil war, which he said were not pressures to work against the laws of the land in Sri Lanka.

Zameer made his statements in connection to the claims made by former president Mohamed Nasheed on Wednesday when he told Mihaaru that the ongoing discussions between the US and India about the Maldives’ political situation would pave the way for Nasheed to run for the presidential elections next year.

Nasheed said he was confident of receiving the opportunity to run despite his 13-year jail sentence under terrorism charges for the arbitrary detention of a judge during his regime.