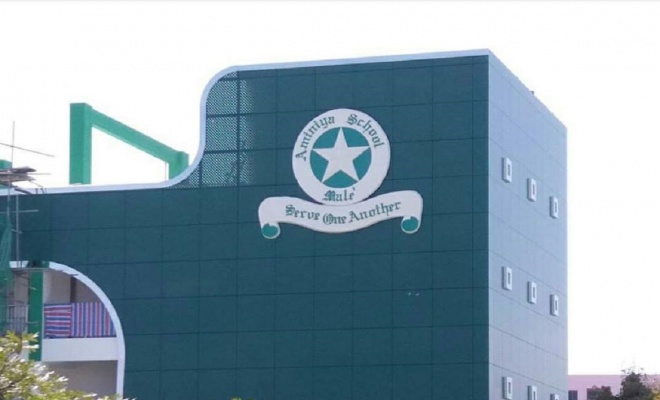 The following article was published on PSM news, the official State Media in the Maldives.

The government of the Maldives has been exerting major efforts to enhance the education sector of the country. Under these efforts, the government has carried projects aimed to develop school facilities and teachers. One major successful project of the government was renovating Aminiya School with the addition of a new building.

Ministry of Education has revealed that the project to establish a new building for Aminiya School will be completed before the beginning of the new academic year. The new building is an 8-storey building which will consist of 53 classrooms, with 4 classrooms are specialised for children with special needs.

While the construction work of the building is near completion, Education Ministry aims to utilise the building with the commencement of the academic new year. The new building has the capacity to accommodate one thousand three hundred students.

The building consists of an office block, science lab, library, computer lab and a terrace where different activities can be conducted. The project was funded by the state budget and costs around USD8 million U.S. dollars.

Aminiya School was established in 1944 and is one of the oldest education facilities in the Maldives.