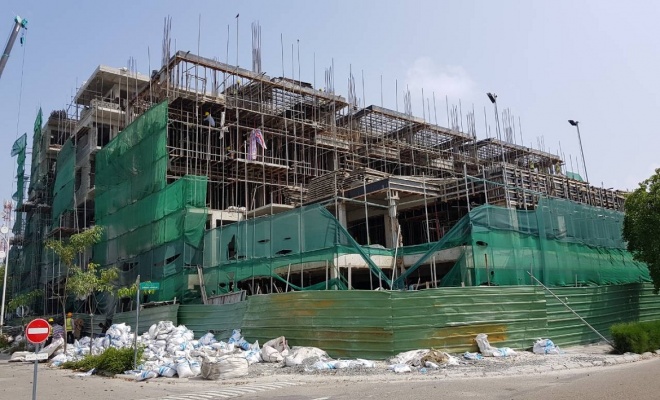 The following article was published on PSM news, the official State Media in the Maldives.

Housing Development Corporation (HDC) has revealed that the school established in Hulhumale’ Neighborhood-One will be handed over to the government next year. HDC contracted Amin Construction Private Limited for the construction of a Primary and Secondary School in January this year.

The school will be able to accommodate approximately 1680 students in 50 classrooms in 3 blocks of 7-storey buildings, with special facilities dedicated to the education of students with special needs, according to HDC.

HDC revealed that the school will include all standard facilities. Some features new to Maldivian schools are incorporated in the school’s design including open spaces on every floor for activities and open corridors in between the blocks. It also consists of a universal access ramps designed to enable wheelchair access to the whole building.

Upon completion, the school will be the fourth and the largest in Hulhumale’.