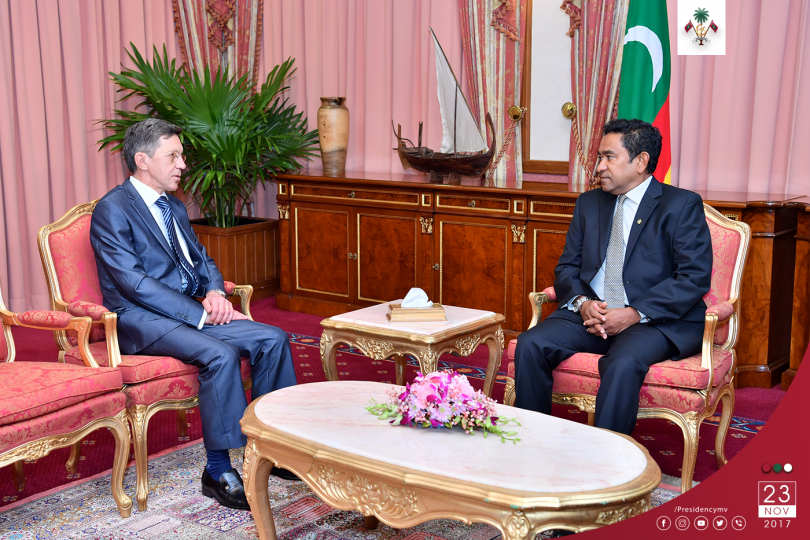 The new Ambassador of the Russian Federation to the Maldives, H.E. Yuri B. Materiy, presented his credentials to President Abdulla Yameen Abdul Gayoom at the President’s Office this morning.

Ambassador Materiy conveyed assurances to the President of his full support and commitment to further strengthen existing ties between the Maldives and Russia.