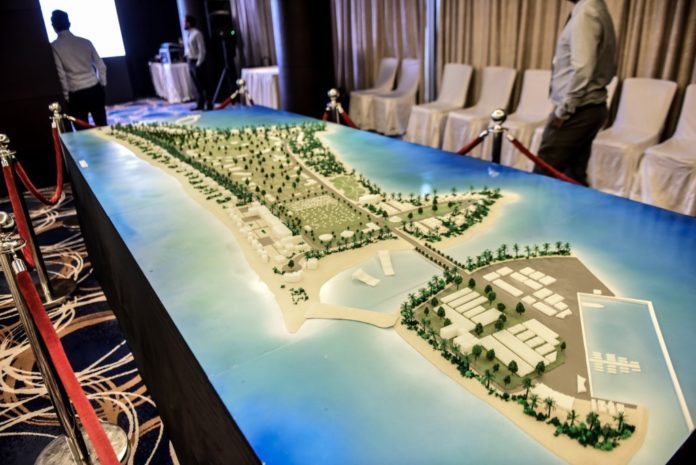 The National airline, Maldivian has been handed the responsibility to ferry tourists to the developing integrated tourist city, Laamu Baresdhoo. Baresdhoo is an integrated resort project being developed by the Maldives Integrated Tourism Development Corporation Ltd (MITDC).

An agreement has been made between MITDC and Island Aviation Services (AIS) who operates the national airline Maldivian. According to MITDC special rates will be introduced by Maldivian from and to Laamu Gan in order to reach Baresdhoo.

Laamu Baresdhoo is being developed with over 30 guesthouses and 3 hotels that would include water villas with each hotel being able to accommodate at least 100 beds. Guesthouses would include properties of 35 rooms and 60 rooms respectively. In total Baresdhoo will be home to more than 1500 beds with the ability to serve 3000 tourists at a given time.

“We are developing a brand new tourism concept to the Maldives with the project of Baresdhoo. We are receiving overwhelming interest from investors as well”. MITDC Managing Director Mohamed Shahid said speaking to local media. According to Shahid, they are in talks with airlines in order to ferry tourists to Laamu Gan at an affordable rate.

Additionally, Baresdhoo will include 2 beach resorts, 10 beach hotels, 11 restaurants, several bars and 40 commercial shops. When completed Baresdhoo will house their own powerhouse, laundry as well as several other municipal services. The main jetty and key walls around the island has already been completed. MITDC is actively pursuing active leads on the Baresdhoo guesthouse project.