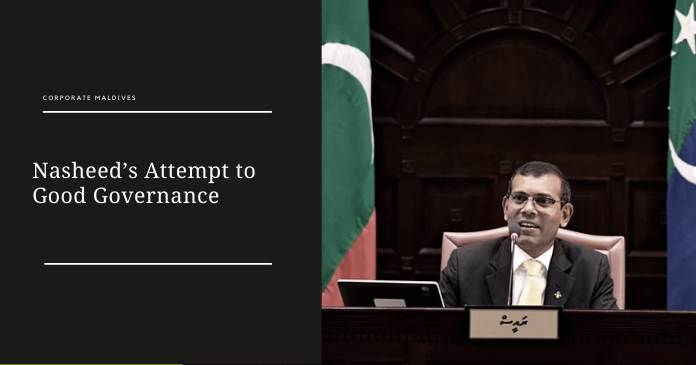 Former President Mohamed Nasheed and the Current President of Parliament has initiated a good governance concept. The initiative summoned cabinet ministers and various other government officials to the Parliament to examine the level of accountability – a positive attempt by the ruling party to hold senior government officials accountable for their actions. The result? The President, as well as the Members of the Parliament, were shocked to find ineffectiveness of the officials.

In the Parliament sessions, dialogues were exchanged between the officials and the members of different constituents. Questions were directed towards development and infrastructure projects, such as project deadlines, progress reports and various other project inquiries. Surprisingly, most government officials were unable to answer simple questions or have limited information pertaining to projects. It can be argued that Nasheed’s attempt of governance is a positive sign, however, the rigour could be further emphasized. The following examines what is governance and how it is effectively implemented in Singapore.

What is Good Governance and Why does Maldives Need It?

Governance is a key concept of international development. The United Nations Development Programme (UNDP) has defined governance as “the exercise of economic, political, and administrative authority to manage a country’s affairs.” Simply put, it means public resources and problems should be managed effectively and efficiently in response to the critical needs of society. In addition to UNDP, World Bank indicates governance should include:

Several approaches to sound governance can be traced from the neighbouring countries – for instance, Singapore – and these can be replicated and benchmarked in the Maldives.

Singapore’s growth and development has been a phenomenal model. Governments in various corners try to borrow the concept for betterment of their nation. This article examined 6 key areas from Singapore’s approach to good governance. 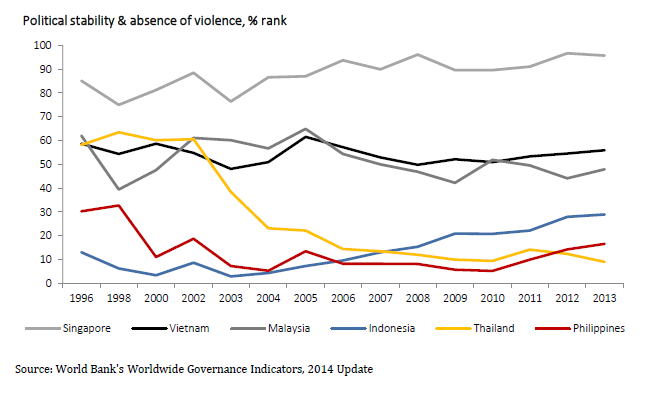 Singapore strictly follows 6 World Bank’s governance indicators, they are voice and accountability; political stability and absence of violence; government effectiveness; regulatory quality; rule of law; and control of corruption. The World Bank evaluates these 6 indicators every year and provides a score. Singapore has been crowned as the top scorer in the past while Maldives have never appeared.

Code of Conducts can be traced in the Maldives, under Capital Market Development Authority (CMDA). However, they govern private and the government companies, especially those that are listed in Maldives Stock Exchange. Additionally, there is a regulation on corporate governance formulated by Maldives Monitory Authority (MMA) to govern banks, insurance companies and finance companies. The purpose of this regulation is to promote sound corporate governance in Financial Institutions by stipulating a minimum standard of corporate governance principles and practices that are applicable to the Financial Institutions. 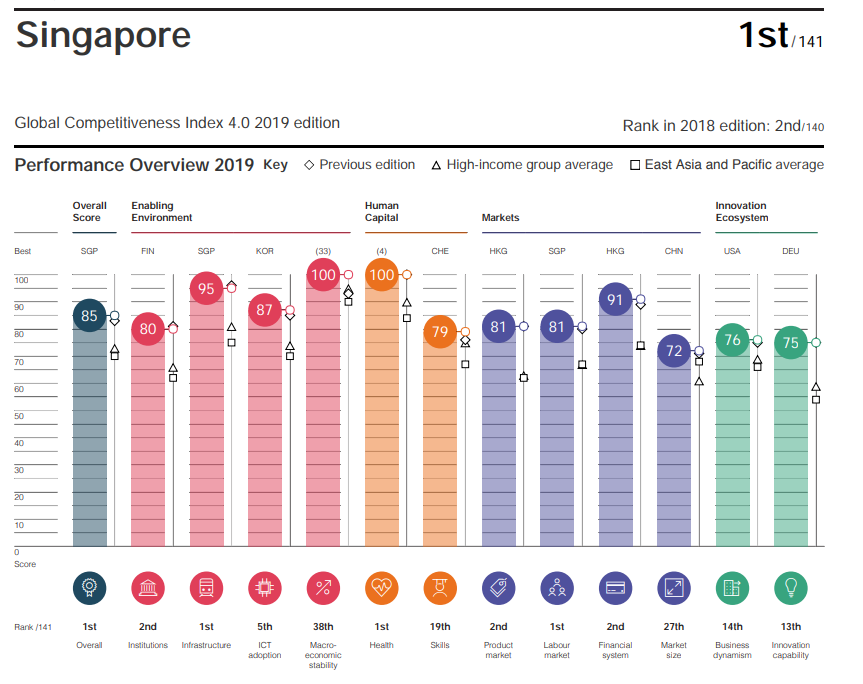 Again Maldives is not part of Global Competitive Index but it provides 12 pillars for good governance (see diagram below). Singapore pays strict adherence to two indexes: public sector competence and trust in politicians’ honesty. Maldives demonstrates serious challenges in dealing with public sector competency. For instance, delay in services and responding to queries from various government institutions. Moreover, public trust in politicians’ honesty is highly questionable. Allegations and scandals are rampant when it comes to questioning the honesty of politicians in Maldives. 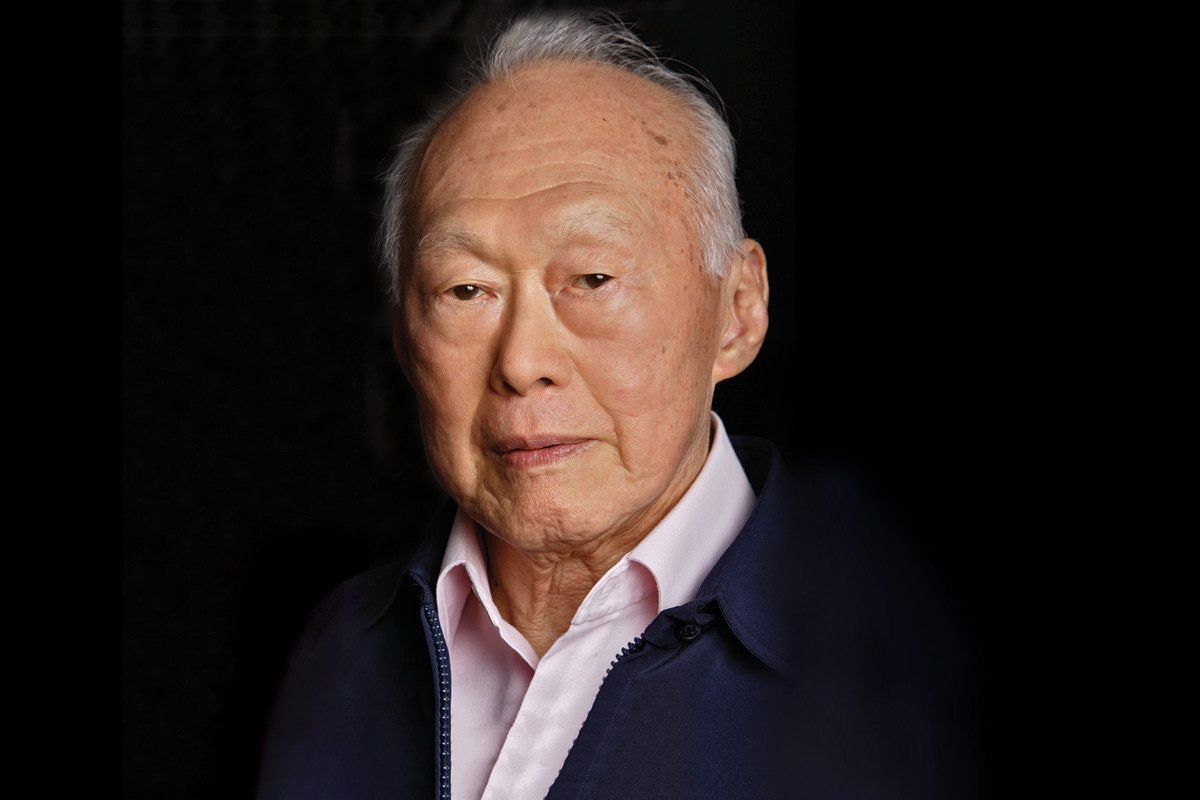 Prime Minister Lee Kuan Yew made explicit his preference for efficiency and his disdain for seniority. And in his famous quote he said, “I am in favor of efficient service. The brighter chap goes up and I don’t care how many years he has been in or he hasn’t been in. If he is the best for the job, put him there.” The consequence of this change in policy was the promotion of competent local civil servants to more responsible positions, regardless of their seniority.

Contrary to Singapore, Capitalism tentacles have inbred into the Maldivian economy. Few large corporations controlling 80% or more businesses in the country, especially those in the tourism industry. The practice of nepotism is further fueled and thus brain drain of a good civil servant on the rise. It will take enormous effort to engrave a workable mechanism to bolster this problem. 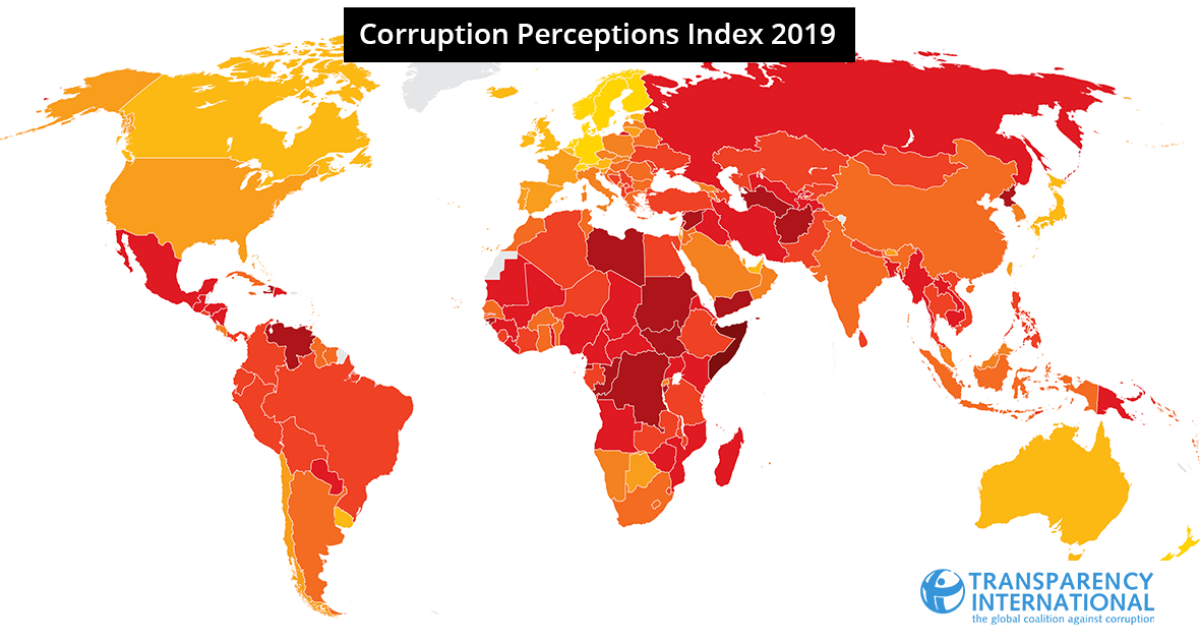 Maldives is the 130 least corrupt nation out of 180 countries, according to the 2019 Corruption Perceptions Index reported by Transparency International. Serious corruption scandals are investigated every once the new government take office. Although there are institutions to monitor corruption in the country, the institutions itself are questionable in its affairs.

Singapore scrapped all the previous institutions established by the British colonial government to eradicate the rampant corruption in the country; and established comprehensive anti-corruption strategy by enacting the Prevention of Corruption Act (POGA) and strengthening the Corrupt Practices Investigation Bureau (CPIB). In addition, Singapore focused its efforts on strengthening the existing legislation to reduce the opportunities for corruption and to increase the penalty for corrupt behaviour as it could not afford to raise the salaries of civil servants in the 1960s. is similarly, the PEO government gave serious emphasis to the institutions and made regular amendments to cover loopholes. 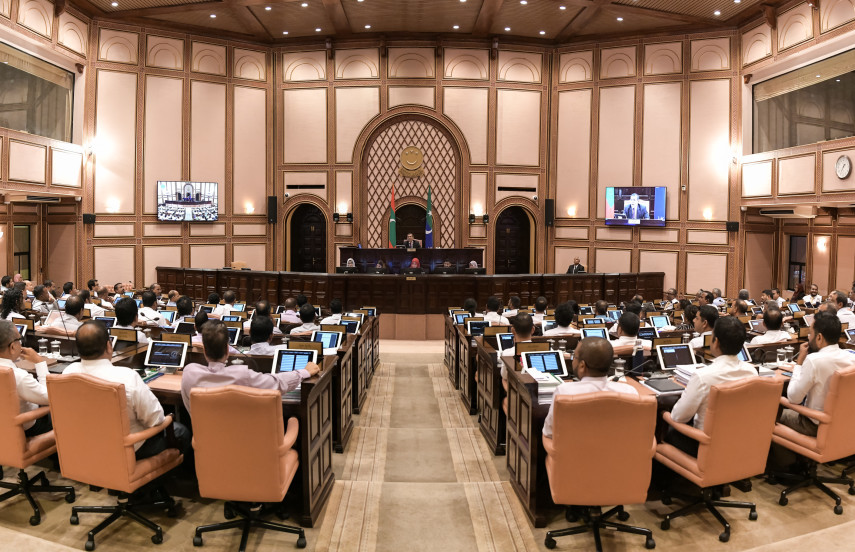 Salaries of civil servants were periodically increased whenever the salary gap between the public and private sectors widened to minimize the brain drain of civil servants to the private sector. Prime Minister Lee Kuan Yew stated, “pay political leaders the top salaries that they deserve and get honest, clean government or underpay them and risk the Third World disease of corruption.” Prime Minister indicated that the best model would be going with the “market rate” and that it is an open, honest, defensible and workable system. Clearly his method worked. Singapore ranks top in the least corrupt Asian country according to Transparency International’s Corruption Perceptions Index.

Maldives salary gap is gravely flawed. The high disparity is evident from one occupation to another. For instance, the salary and benefits of Majlis members are extremely high compared to that of civil servants. Salary gap of government CEO/MD is incomparable to that of private companies. In addition, politically created jobs (out of thin air) are on the rise while draining the talented/educated pool in the country. For this reason, those who are able to leave the country has done so for their betterment. Moreover, according to the Minister of Economic Development, over 30,000 jobs are required to efficiently run the resorts. However, the required talent gap has not been adequately grown or developed. Thus, providing an unparalleled need to hire foreign talent is imminent for the owners. 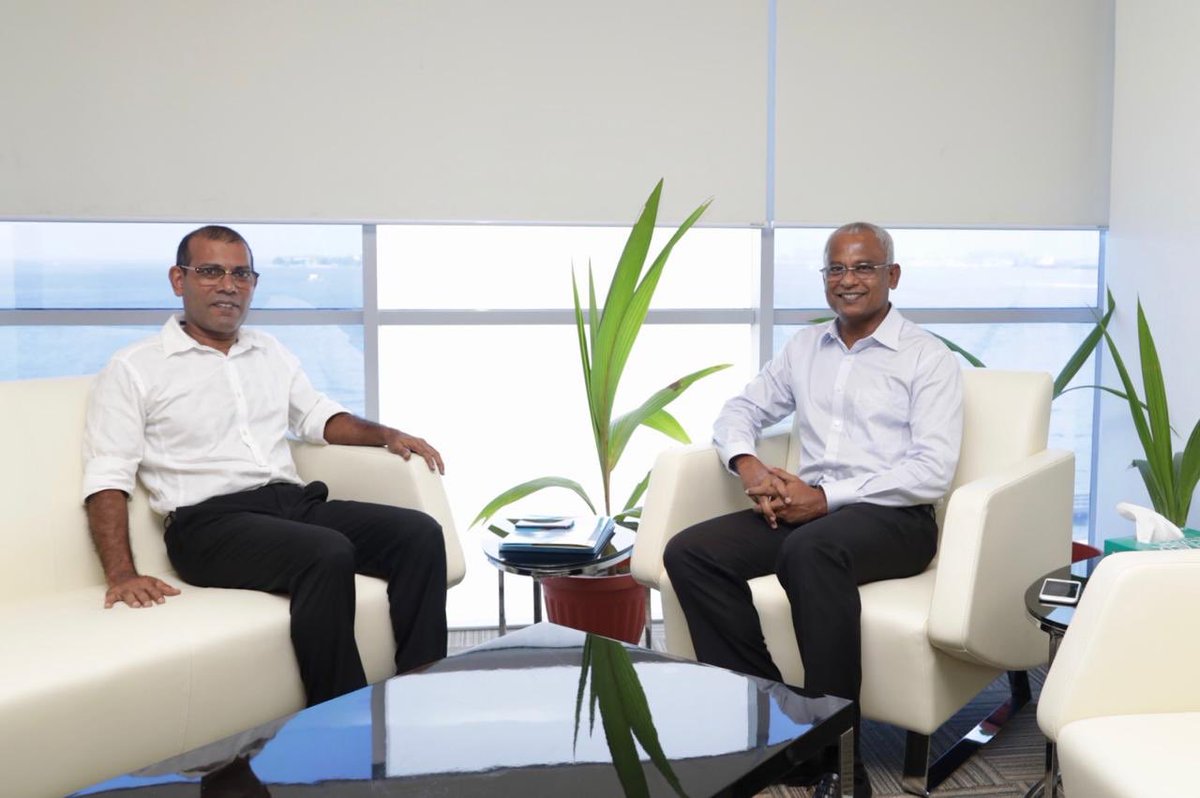 According to the Constitution of Singapore, the President is the head of state elected for a four-year term by Parliament. However, power resides in the Prime Minister, who is the head of government and head of the Cabinet. First Prime Minister Lee Kuan Yew initiated “blocking mechanisms” to protect the foreign reserve. It can only be spent with the approval of the president and a special committee. In other words, the president checks the powers of the elected Prime Minister. Indeed, without certain safeguards, it would be quite easy for a corrupt prime minister to squander the country’s hard-earned official foreign reserves. It was recorded a significant rise in foreign currency in Singapore from US$84 billion in 1984 to S$321 billion in 2007. According to MMA, the usable reserve is the foreign currency reserve has decreased to USD 152.6 million in June 2020 from USD 311. 3 million in January 2020. Prior to the decrease in 2019 Maldives signed a USD 400 million currency swap agreement signed with the Reserve Bank of India to expand the national reserve.

In the Maldives, the president is the head of state and head of government giving full autonomy to the president to control the nation affairs especially the foreign reserve. However, the Parliament now plays a vital role in checks and balances. There are special committees appointed in the Parliament to oversee the flow. Although there are some control mechanisms in the country, full accountability of government officials is yet to be supervised. For instance, weaker laws and law enforcement authorities have swept serious cases under the rug while criminals easily fled the country.