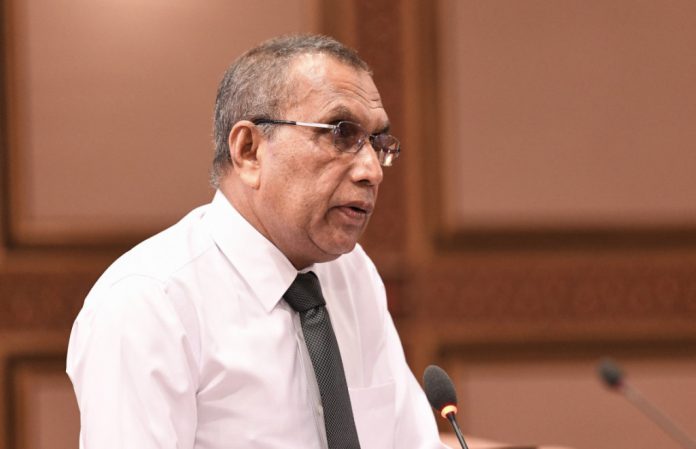 Parliament Member of Vilifushi Hassan Afeef has accused of corruption in the procurement of MVR 25 million worth of medical equipment for S. Hithadhoo Regional Hospital. Anti-Corruption Commission has investigated the allegations and has declared that the allegations are false.

MP Afeef first accused the government of MVR 25 million corruption in a Parliament meeting, but he did share any details or reasons for his accusations at the time. However, on the 9th of April, he gave an interview to Sangu TV and went deep on his accusations.

He stated that for the procurement State Trading Organization (STO) has bid with the lowest cost, however, the bid was won by a private company called Medtech, whose bid was MVR 25 million more than of STO bid.

In 2017, Finance Ministry opened the opportunity to apply for the procurement tender under the regulations of an international competitive bid. Finance Ministry also included a pre-qualification stage as the project was assisted by foreign financial institutes hence checking the financial capability and technical expertise to carry out the project.

After Saudi Fund Development, OFID and project consultant Al Habshi conducted a financial and technical evaluation the section of medical equipment and furniture was given to Medtech and the office furniture section was given to Turmaks.

STO has not participated in any stage of the project bid, however, some trustable source has revealed that during the election, the previous government decided that politically it will be beneficial for them if they gave the project to STO.

After the previous government’s decision to assign the project to STO, the state-owned company did apply for the project with the lowest price even though the bidding process was completed. And there are documents supporting the fact that the finance ministry accepted the proposal from STO even though the submission deadline has already gone.

Even though the Finance Ministry decided to give the proposal to STO, the administration was changed and the previous administration did not sign any agreement with STO. As the ACC was already investigating the case bringing a halt to the progression to the bid.

After the investigation, it was declared by the ACC that the project was awarded to STO in a manner that was violating the rights of other companies, and an act of corruption, said in the letter to the ACC by Finance Minister Ameer sent on 10th December 2018.

“The project was carried out by the previous administration leading to corruption and does not involve any work from the current administration. This is very clear from the letter by ACC. Afeef maybe making these accusations because it’s a competitive market. However, twisting the truth and defaming the government while he is a member of the current administration’s political party senior MP is very irresponsible of him,” said an official from Finance Ministry.