The original Dhivehi article was published on Avas.mv website on 10th October 2017.

MoniCon’s order was implemented when dangerous and violent criminals were loose on the streets, smartly avoiding the ‘trap’ that were set up on to catch them and lock them in a strong legal ‘cage’ to control them. The sizing down of criminals enforced in big nations, where perpetrators are pulled down to ground level was implemented in the Maldives with the hope to restore at least some safety and harmony amongst the Maldivians.

However, the situation is very different now. In contrast to what was hoped earlier, streets have become even more dangerous and terror is widespread now. The reason why this has happened is that the MoniCon system which was established to get rid of gangs has now befallen into the hands of a politically motivated committee. And what resulted was the system getting stuck in a political whirlpool and being unable to work in full force.

The MoniCon order of the Anti-Terrorism Act was issued based on a very simple logic, and to produce strong effective results. If a stabbing happens, the perpetrator will be jailed and under the MoniCon order, the leader of the gang will be tagged which the perpetrator belonged to. If an ordinary gang member also commits such a crime, the gang leader will have to pay the price. Thereby forcing the gang’s seniors and the rest not to commit crimes. The result will be to weaken the gangs gradually and violence to become extremely low.

There is one common method used by big nations where such high authority is delegated. That is, all those orders will be issued by a single body. In the Maldives’ case it will be the home minister. In the UK and the Singapore which the government sees as an exemplary nation, the responsibility of issuing the order is undertaken by one individual. That is if that person fails to carry out their duty, then they are obliged to take the responsibility of failure to do so. The experts say that the system is designed that way, in order to prevent the person being influenced by the external environment, save people from a crime scene and to ultimately produce results. And according to experts, if upon the discretion of the council and or a committee, MoniCon’s orders will be impeded, and posed with many difficulties. 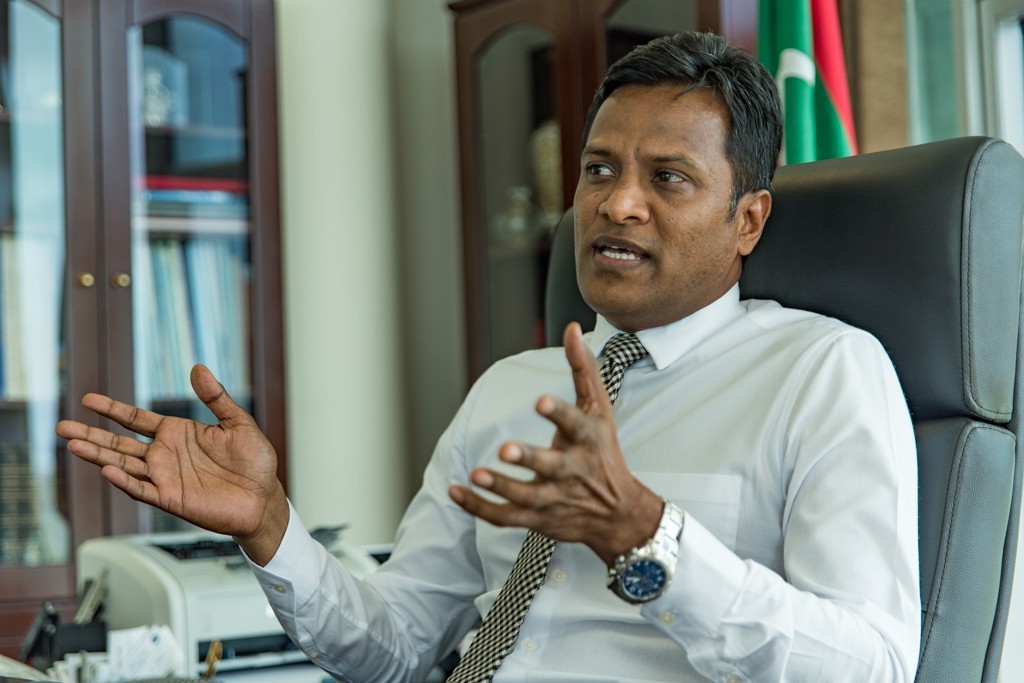 In an interview to Avas news, former Home Minister Umar Naseer said, the MoniCon was designed to give direct orders by one person and the system to be managed by one, even in the Maldives. During his term in office he has advised against making the committee, said Umar. And when a committee is formed to oversee operations, the whole system gets disrupted.

‘The MoniCon system law was drafted in a way that the power lies directly in the hands of the home minister. It was not designed to delegate that power to several people. When it is given to a committee, there will be differences of opinions and will be subjected to many other influences. When there is one individual to take the responsibility and in the event something goes wrong, there is a person to take full responsibility. If in a committee, there won’t be one person to take the responsibility, instead the blame game will happen,’ said Umar.

Umar said the government decided on passing the responsibility to a committee, while demeaning the courts and the police in the process, due to too much political pressure. As while the gangs’ influence was spread within the leadership, the parliament and the judicial system, tagging of criminals was conducted irrespective of who they are. And after saying due to tagging youths complaints has risen, the government decided to form a committee comprising of the home minister, Fisheries Minister Dr Mohamed Shainee, Finance Minister Ahmed Munawar and Commissioner of Police Ahmed Areef, and pass down the responsibility to them. Tagging was allowed only on individuals decided amongst them. 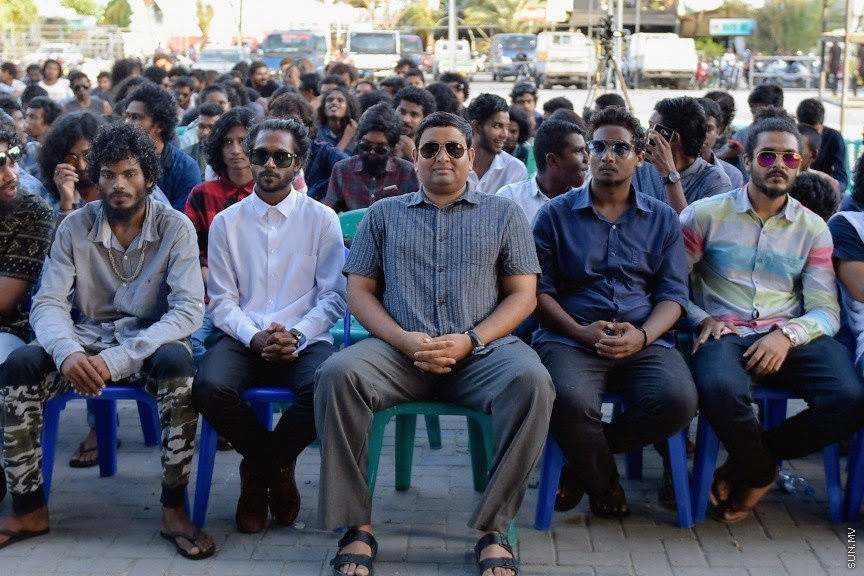 First of all, the committee that was made to take serious actions against dangerous criminals, were all political people. Affiliation of gangs with politicians was always alleged. If that is the case, by making a committee comprising of politicians, will it work? And I have no idea why finance minister is in a crime controlling committee. By making such a committee with all these politicians the only result was the failure of the MoniCon system and gangs overpowering it.

‘When MoniCon was introduced the score was MoniCon: 1, Gangs: 0. Now it is Gangs: 2, MoniCon: 1,’ said Umar. ‘Almost all politicians use gangs for their purposes (own agendas) and are under them. However, it is not just in the President Yameen’s administration that the gangs have influenced the government. This existed even in President Nasheed and President Maumoon’s administration. The government become too soft and that lead to gangs taking over the government, the judiciary and the parliament.’

Since Umar, the home ministers that followed him, didn’t try to take the maximum use of the MoniCon system. They fashioned their work to stay away from the system. Meanwhile, the gangs took over, and to date, committed numerous crimes and killed many. That forced the government to spring into action and restart tagging. After a thorough investigation, the police requested permission from the committee to tag 16 dangerous criminals, the ‘political committee’ only allowed 9 people to be tagged. The committee didn’t disclose any reason why the remaining criminals were not being tagged. And to date, none of those criminals was tagged.

If the order had been implemented as it was originally designed, the elimination of all gangs by now, might have been a likelihood. The big nations also reflect that. Many lives might also have been saved. Sadly, the crimes are ongoing. There is no way to stop the gangs. The MoniCon order had been devalued. Gangs won’t relent to that system now. They believe that politicians will protect them from the dangers of MoniCon system.