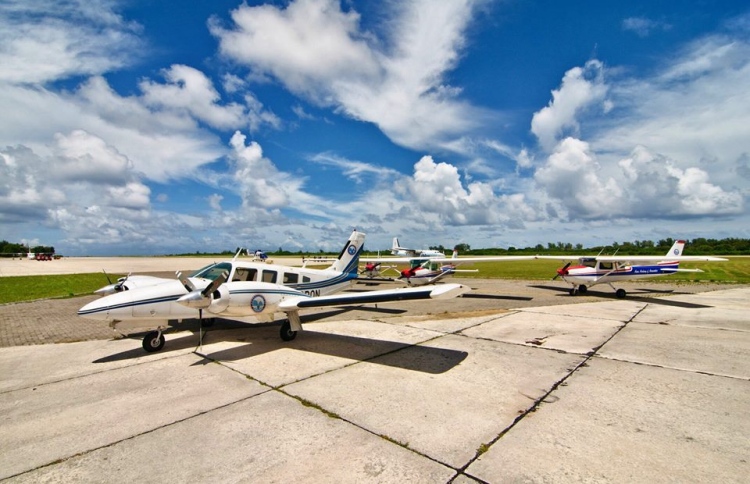 Addu International Airport Company (AIA) may not be renewing its agreement with Sri Lanka’s Asian Academy of Aeronautics (AAA) after their contract expires in 2019, announced AIA’s general manager Ibthishama Ahmed Saeed on Wednesday.

AAA, a pilot training and flight school accredited by the International Civil Aviation Organisation (ICAO), was officially opened on the southernmost island of Gan in Addu City on July 26, 2010. Its management was awarded to AIA until 2019. Mihaaru understands that prior to AIA’s second thoughts on renewing the contract, the company had previously requested an extension of 20 years.

Ibthishama explained that the volte-face regarding contract renewal is due to AIA requiring more land area for the ongoing development of Gan International Airport.

“We need more land for the full operations of the airport. On the other hand, operating the flight school here doesn’t bring us any profit when you consider Gan Airport’s operations financially,” she said.

“So we’re thinking to not renew the agreement after 2019 as it is not financially viable.”

Ibthishama stated that the company has already notified AAA of its decision.

Despite the prospect of closing down the only flight school in the archipelago, Ibthishama assured that AIA will establish several aviation related facilities in Gan under the airport development plan.

Speaking to Mihaaru from Sri Lankan capital Colombo, De Silva noted that AAA is the largest pilot training and flight academy in the South Asian region.

He claimed that AIA has been putting various pressures on the flight school’s operations since 2015. He said that the school’s discussions with AIA regarding the contract all fell through.

Captain De Silva added that the biggest problem is that AIA’s management does not understand the importance of the flight school.

AAA stopped intakes since last June after AIA informed the academy of its decision.

The flight school is currently training around 200 pilot hopefuls, including locals and students from around the world. Over 100 individuals have earned their pilot licenses from the academy.

Everything happening was so difficult on everybody. I left that day and I am enrolled in the Academy of Aeronautics Canada Flight school. The Student Affairs helped me in everything visa, housing, medical insurance, transportation to the airport and I am Training. I want to get my Commercial Pilot License Soon. I am graduating and i wonder if i can return or if i stay working for a large airline here. What is the situation today?