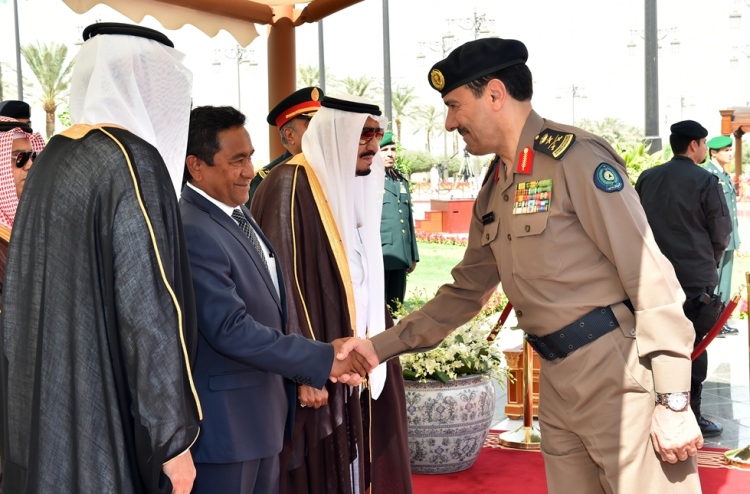 Main opposition Maldivian Democratic Party (MDP) has called on the government of the Maldives to immediately leave a Saudi Arabia-led military coalition after the United Nations blacklisted the coalition for the deaths of hundreds of children and attacking dozens of schools and hospitals in Yemen.

According to the UN annual report, the Saudi-led coalition is responsible for killing and injuring 683 children, and was involved in 38 verified attacks on schools and hospitals in Yemen.

In a statement released Saturday, MDP declared that with the blacklisting of the coalition, the Maldives will be seen as an accessory to the inhumane crimes of killing and injuring innocent Muslim children and women.

Stating that the Maldives is a peace-loving nation, the opposition party called on the government and military to cut off connections to the coalition for political benefits. MDP also expressed concerns over the prospect of the Maldives staining its good image over its affiliation with the coalition.

The Maldives joined the Saudi-led Islamic military alliance late in 2015, becoming one of 34 nations to support the coalition. According to the Arab kingdom, it was formed to “target all terrorist organisations in the Islamic world”.

The coalition backs the government of Yemen in its civil war, which has been ongoing for two years against the Iran-backed rebel group, Houthi, which seized Yemeni cities in 2014 and 2015. Over 10,000 people have been killed in the conflict, which has also destroyed the country’s economy. UN sanctions monitors had reported in January this year that the attacks of the Saudi-led coalition “may amount to war crimes” in Yemen. Saudi Arabia has denied the accusation.