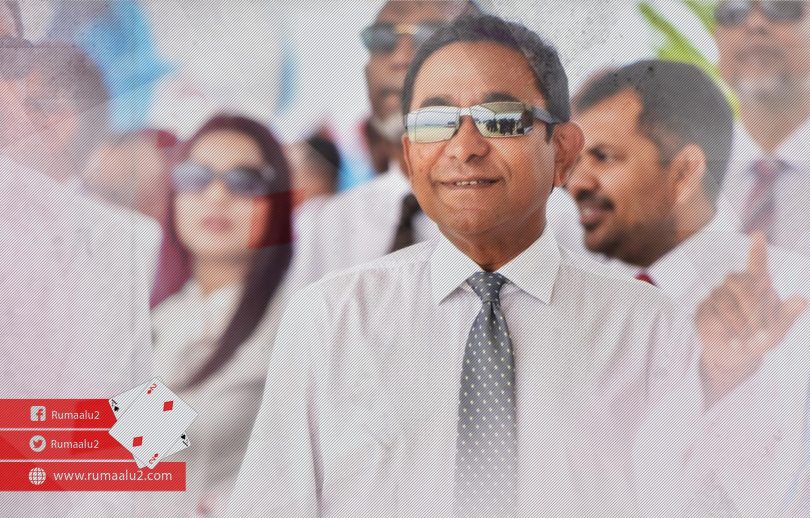 The original Dhivehi article was published on Rumaalu2.com website on 19th December 2017.

Although the Maldives got its independence in 1965, it was Indian influence that blocked the Maldives from enjoying full freedom. The assistance Indians extended in 1988 is something most Maldivians recognize and appreciate. However, most Maldivians were not aware that, behind the curtain, the extent of what India did to prevent growth and development in the Maldives. The reason was that past presidents governed the country from the lap of India.

During President Maumoon’s 30-year long reign, he talked about India’s generosity. That it is India that had been doing everything for the Maldives, and of the kindness of India’s top officials. While talking about it, Maumoon developed the Maldives in the speed that India approved of. True. India did establish a hospital in the Maldives. In the hospital that was opened in 1995 with the assistance of India, in its development also it was all India’s say. How the case of the MRI machine installation in the hospital is enough of an example of that. His regime also ended while waiting for India to deliver it to Indira Gandhi Memorial Hospital (IGMH). Nasheed and Dr Waheed’s presidency also ended while waiting for that MRI machine. However, while promising for that MRI machine, India made Maumoon, Nasheed and Dr Waheed, do many things.

Even when President Abdulla Yameen took office India started deluding him with the deliverance of that MRI machine. President Yameen did not tolerate such fantasy nonsense. He decided to provide Maldivians with MRI service and purchase one through the government. This ‘courageous’ decision he made, while seated in front of the Indian Ambassador to the Maldives, by making a call to State Trading Organization (STO). President Yameen believed that Maldives will not wait for whenever India felt like to deliver that MRI machine, and not wait without developing IGMH. He wasn’t alone in feeling that way. The majority of the Maldivians also felt that way.

It wasn’t the end of it. During this month Maldives government has signed a Free Trade Agreement with China. That was also another move to free the Maldives from India’s economic enslavement. Today, every Maldivians feeling is that the Maldives has escaped from ‘India’s shackles’. The biggest benefit from establishing trade relations with China and other big nations by Yameen’s government is putting an end to India’s control over Maldives’ speed of progress. Many Maldivians ask why the Maldives didn’t develop at the same pace as Singapore, even though, both countries got independence on the same year.

Would you believe that the answer is that the past governments allowed the progress of the Maldives in the pace India was pleased and with the amount India provided assistance? If you don’t believe it, then look at the developments and ongoing developments President Yameen has brought in just 4 years, by refusing India’s influence. During Maumoon and Nasheed’s government, without the assistance of India, no MRI machine, airport or a bridge happened. It didn’t occur to them that there was an alternative. Nonetheless, President Yameen has fulfilled it all. The Maldives will not wait for India’s help anymore. For President Yameen’s such decisions, Maldivians will be forever grateful. This fact will certainly go down in history, although not during his administration.