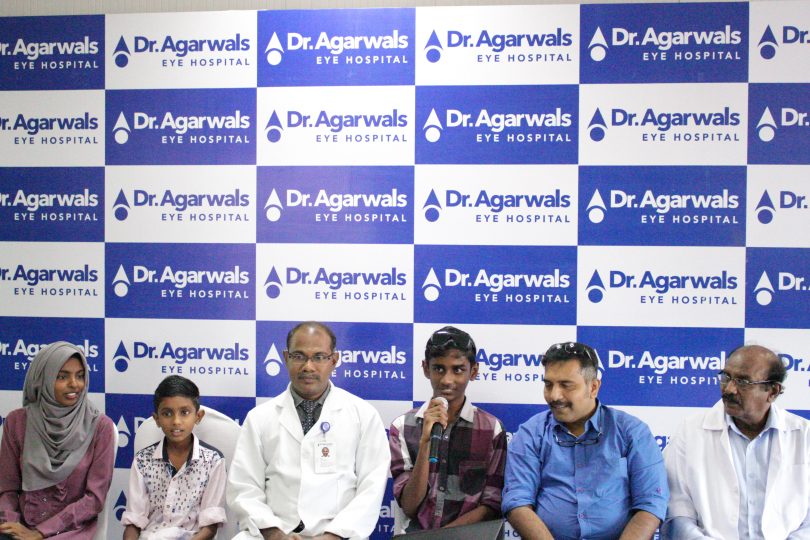 Two Maldivian children suffering from blindness due to an eye disorder called advanced keratoconus got their vision fully restored at Dr Agarwal’s Eye Hospital. The Dr.Agarwal’s eye hospital surgeon operated on the young patients using a new technique known as Corneal Stromal Augmentation. This is the first time that such a surgery has been conducted in World.

Master Hussain Ash-Ham Naseem, 12, and Master Ahamed Zayan Shareet, 15, hailing from Maldives, lost their eyesight because of an eye condition in which the round-shaped cornea of the eye progressively becomes thin, loses shape, and develops a cone-like bulge. Both children were suffering from total vision loss when they were referred to Dr Agarwal’ Eye Hospital.

Dr Lionel Raj D, Regional Medical Director, Dr Agarwal’s Eye Hospital, Tirunelveli said: “After examining the two patients, we found them suffering from advanced keratoconus. We decided to use the new technique of Corneal Stromal Augmentation (CSA) to treat the condition which had made them completely blind. CSA is a better and faster alternative to Deep Anterior Lamellar Keratoplasty, which is the usual treatment procedure for this disorder. Post-surgery, we found the results to be extremely positive, with no surgical complications. The boys can now see like any other healthy individual.” 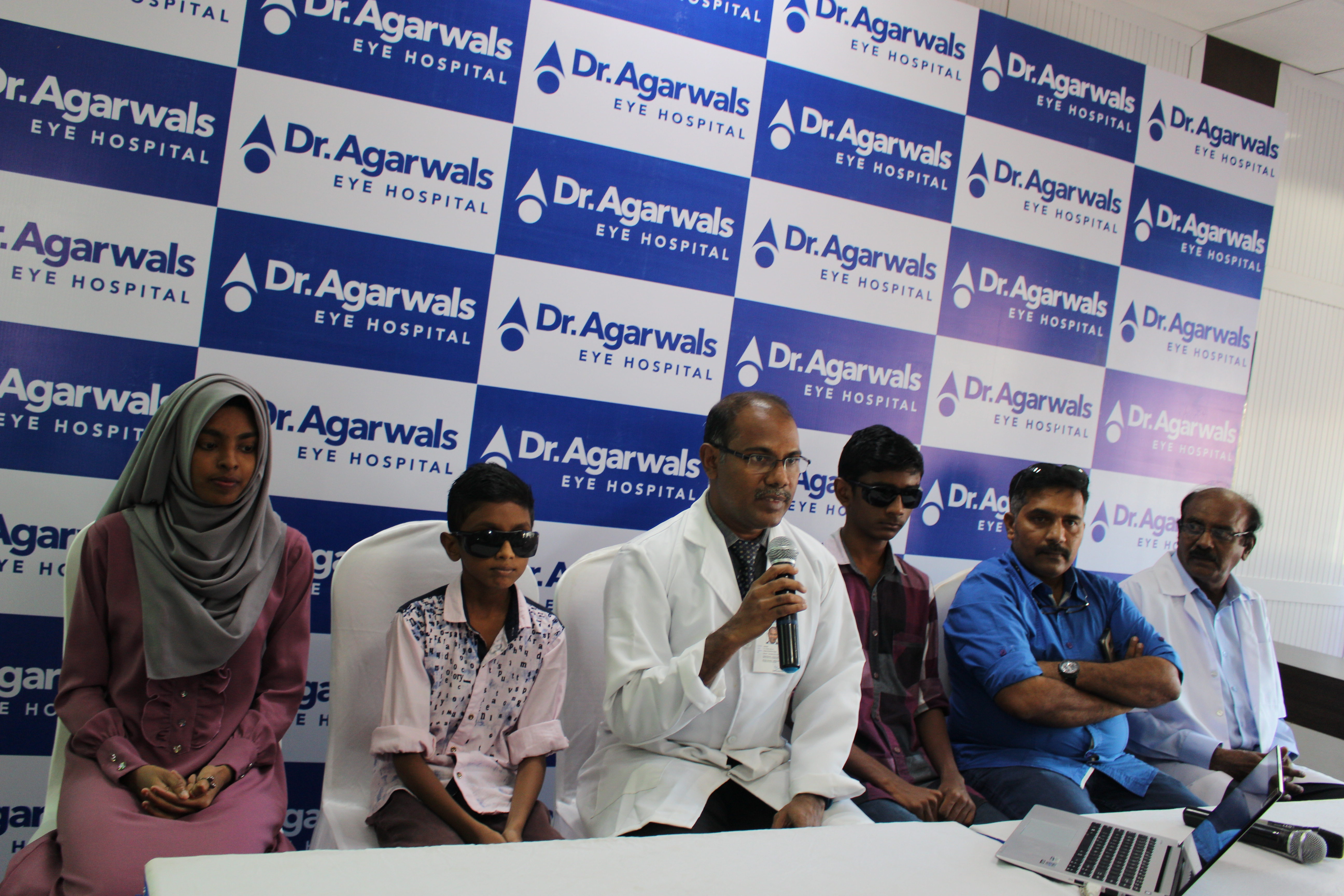 Mrs Shafiya Hassan, mother of Master Hussain Ash-Ham Naseem (patient) said, “We travelled all the way from Maldives with worries about our son’s deteriorating vision. Now I am extremely happy and completely satisfied with the advanced treatment performed at Dr Agarwal’s Eye Hospital for my son in restoring his vision. I thank Dr Agarwal’s Eye Hospital and Mr.PK Saravanan from Apple Health for their excellent support rendered to us.”

The Deep Anterior Lamellar Keratoplasty (DALK) is a partial-thickness cornea transplant, with the original cornea being replaced with donor tissue. This procedure requires multiple sutures in the eyes, leading, in some cases, to recovery period of as much as six months.

In Corneal Stromal Augmentation (CSA), on the other hand, about 250 mm of cornea is added to the existing cornea, with no loss of original tissue. This is a very simple procedure compared to DALK, and the patient can be discharged the next day. Since no sutures are used in CSA, there is very less risk of post-surgery complications.

Keratoconus is a progressive eye disease in which the normally round-shaped cornea thins and begins to bulge outwards into a cone-like shape. This cone shape deflects light as it enters the eye on its way to the retina, causing distorted vision and, eventually, blindness. Keratoconus can occur in one or both eyes and is usually first diagnosed in young people at puberty or late teens. It has been estimated to occur in 1 out of every 2,000 people.

Dr. Agarwal’s Eye Hospital has been offering quality services in eye care and cutting-edge surgeries for all kinds of eye ailments since it was established in 1957. It today has 15 branches in Chennai alone, and a vast footprint in geographies such as Tamil Nadu, Telangana, Andhra Pradesh, Karnataka, Odisha, Andaman & Nicobar Islands, and Rajasthan. A tertiary eye care centre in Mauritius marked its first step towards establishing an international presence, which has now increased to 13 branches in the Indian Ocean region, African countries and East Asia.

The hospital has received various awards for its innovations and quality services. In March 2006, the Late Dr J Agarwal, Founder-Chairman of Dr Agarwal’s Eye Hospital, was awarded the Padma Bhushan by the former President of India, Dr APJ Abdul Kalam, for his dedicated services to the poor and downtrodden.