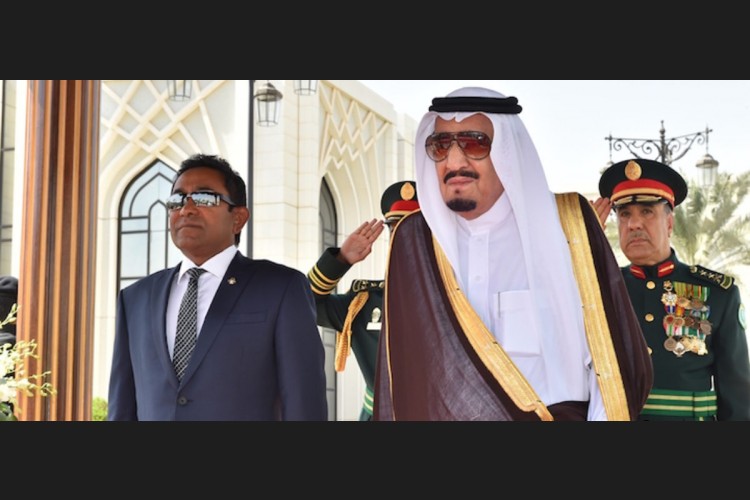 The Government of Maldives has risen to the defence of Saudi Arabia, citing that the UN had failed to amass accurate information on the current situation prior to placing Saudi Arabia on the list of shame.

Saudi Arabia was placed on the UN’s ‘list of shame’ last week.

Speaking on the condition of anonymity to News in Asia, a senior Government official reported the report and the information it was based on was riddled with inaccuracies and biased. The official added the UN had placed more emphasis on reports given by rebel groups rather than the official narrative.

The official further accused rebel groups of distorting the numbers of casualties reported, to paint a negative picture of the Saudi-led coalition. He added the ‘official’ Yemeni Government had real, unaltered figures.

A UN report published on August 24 said coalition airstrikes killed or wounded nearly 700 children, and damaged or destroyed nearly 40 schools and hospitals in 2016 alone. The Maldives joined the coalition in 2015.

Human Rights Watch has also documented horrific abuses perpetrated by Saudi Arabia and its coalition and other parties against Yemeni children. The NGO said these include killing and maiming children, arbitrarily detaining and disappearing them, recruiting children to fight, attacking schools and hospitals and preventing aid for reaching sick and wounded children.

President Yameen, who has deliberately tied Maldivian foreign Policy to Riyadh, joined the Saudi-led military coalition unilaterally, without consulting parliament or the Maldivian public. It is unclear what benefits the President receives in exchange for pledging the Maldives’ support the Saudi coalition.