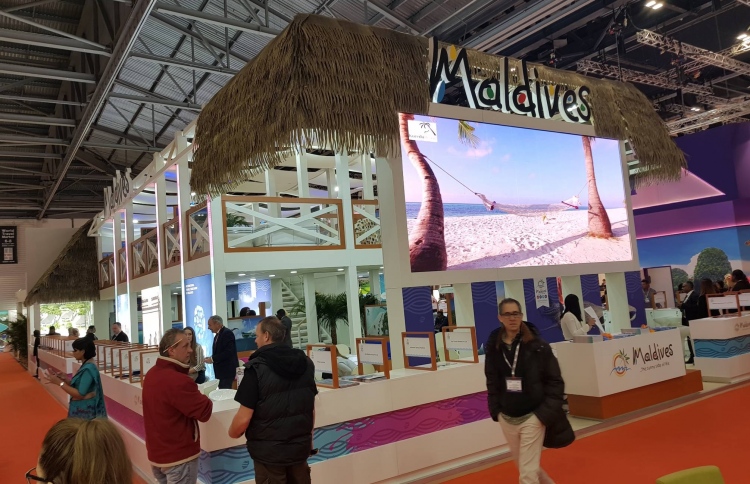 A delegation of 195 representatives from the Maldives is participating in the ongoing 37th World Travel Market (WTM) in the UK to promote the Maldivian tourism industry.

The Maldives stall at the ExCel in London was officially opened by attorney general Mohamed Anil on Monday.

Heading the Maldives delegation at the three-day fair is Maldives Marketing and Public Relations Corporation (MMPRC), which revealed 70 local companies are taking part in the fair, including resorts, guesthouses, travel agencies and airlines.

The Maldivian delegation held a press conference on Monday headed by attorney general Anil, Maldives Association of Tourism Industry (MATI)’s vice chairman and local tycoon Champa Hussain Afeef, and the Maldives Ambassador to the UK Ahmed Shinan. MMPRC disclosed that over 70 journalists from the UK and other countries had attended the press conference.

The corporation further revealed that the Maldives stall of 276 square metres is receiving a lot of support and visitors.