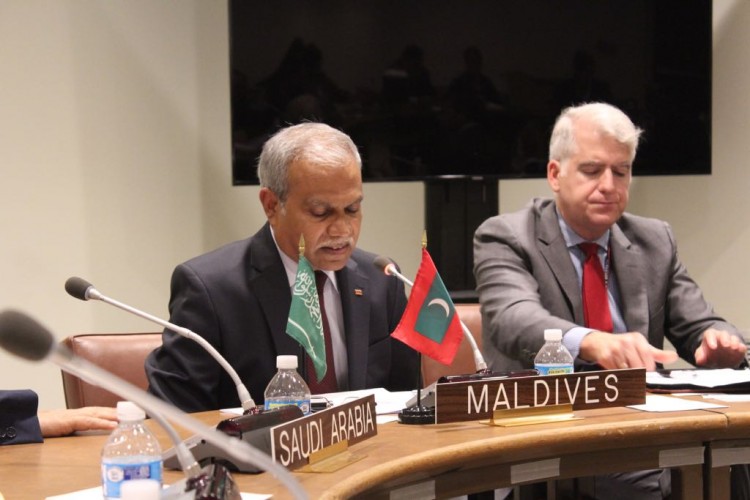 According to the Ministry of Foreign Affairs, at the event held on Saturday, Foreign Minister Dr. Mohamed Asim noted that “no country is immune from the threat of violent extremism”.

“It spreads fear, hate, and challenges the country’s democratic order,” the Minister noted.

He added that “extremists propagate ideology of hate and division that reject Islamic teachings and values of democratic and inclusive societies”.

He added that the Anti-Terrorism Act passed in Maldives in 2015 “enables law enforcement agencies and the prosecuting authorities to specifically address foreign terrorist fighters and those providing financial and material support to terrorist and violent extremist organizations“.

An official at the Maldives National Counter Terrorism Centrem Major Hassan Amir delivered a presentation at the event, regarding “the baseline study that was carried out in the Maldives on extremist ideologies to evaluate the characteristics, the extent and severity of violent extremism and terrorism“.

According to the Ministry, the event seeks to promote better cooperation among Governments in sharing experiences and best practices in preventing the narratives of the violent extremists from being spread.

Minister Asim is heading the Maldives delegation at the United Nations General Assembly. The delegation comprises of Minister of Fisheries and Agriculture Dr. Mohamed Shainee, Minister of Environment and Energy Thoriq Ibrahim, Minister of Gender and Family Aminath Zenysha Shaheed Zaki, Permanent Representative of the Maldives to the UN, Dr. Ali Naseer Mohamed, and other senior government officials.