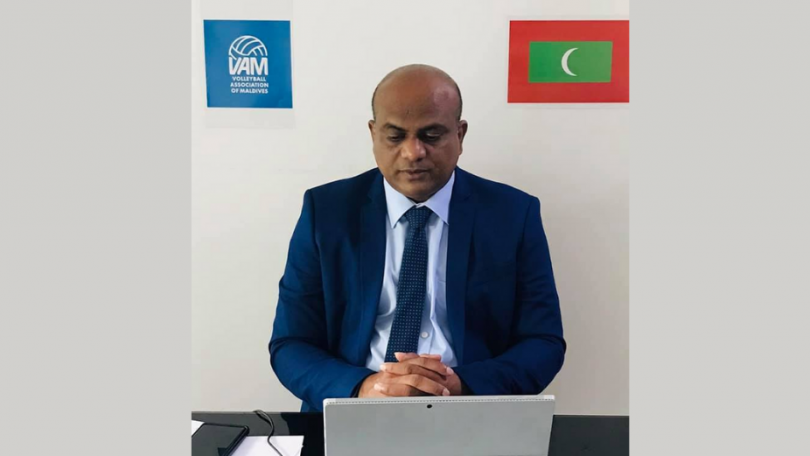 The 42nd Asian Volleyball Confederation Board of Administration meeting, which was held online, concluded on 9th of October.

“The meeting was very productive, the Asian Volleyball Leaders were very happy to meet, we discussed regarding the current unfortunate situation of the Pandemic and future of Volleyball,” stated the President of Volleyball Association of Maldives (VAM) Mohamed Latheef.

Mohamed Latheef, who was elected to President of VAM in the year 2016, further congratulated the future President of AVC Madam Rita on behalf of Maldives.

Established on May 6, 1952, the Asian Volleyball Confederation (AVC) is the governing body for all forms of volleyball in Asia and has become the largest continental volleyball association in the world with 65 affiliated federations from only 12 at the time of its establishment.