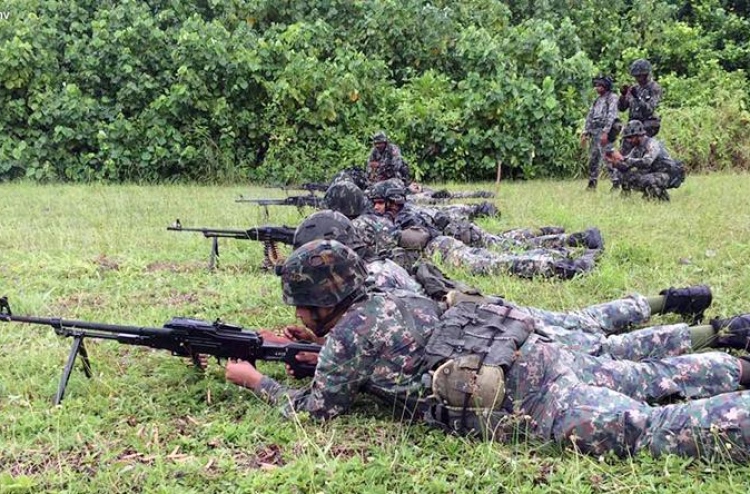 The Maldives military is to hold special training sessions with arms in capital Male and its suburbs next week.

Maldives National Defence Force (MNDF) announced that the training sessions will be held in Male, Hulhumale, Villimale and Thilafushi from next Monday to Friday. MNDF soldiers will be using various weapons, explosives, and training simulators in the sessions that are to be held on both land and sea. Armoured vehicles will also be used in Male and Hulhumale.

However, MNDF assured that they will not use any arms that could harm locals.

These training sessions are held under the annual “Exercise Rannamaari Hunt”. This will mark the first time for armed military forces to conduct activities in the capital in recent history.

MNDF also levelled up the security of the country’s main airport last September with armed forces.