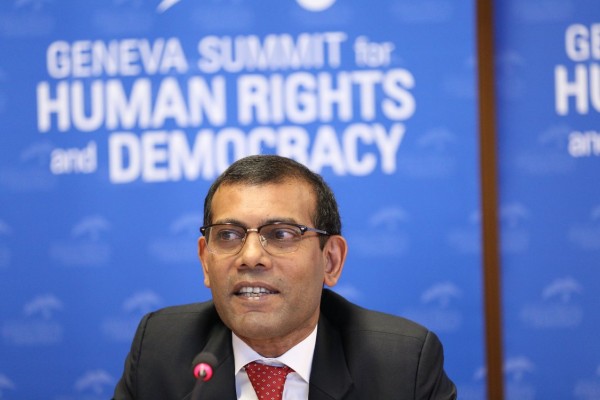 Former president and opposition leader Mohamed Nasheed has insinuated that Maldives would never have been able to secure a seat on the United Nations Human Rights Council, adding that the nation is an ‘international outcast’.

Nasheed said this in a post on his official Twitter account on Tuesday, where he also said to have recognized why Maldives withdrew its candidacy only months before the election.

Members to the Council’s regional seats were elected in a general assembly held in New York, where Qatar – a nation with which Maldives severed diplomatic ties with following Saudi Arabia’s decision to do so – secured a seat along with Pakistan.

However, the Maldivian mission had announced in July that it had withdrawn its candidacy, and while the council’s candidate list states as such, four member nations had cast votes for the Maldives.

According to the permanent mission to the UN in Geneva, Maldives deferred its candidacy for a later term “in the spirit of regional solidarity and in an effort towards achieving consensus within the Asia Pacific Group”.