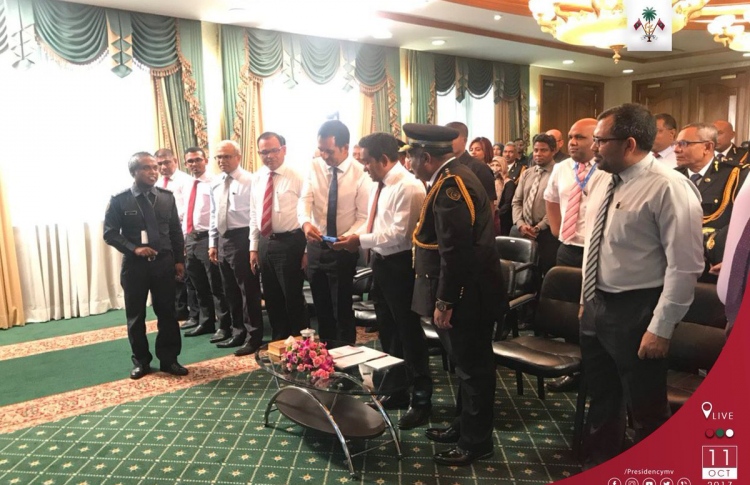 President Yameen presented with his passport card at the ceremony held to introduce passport cards in the Maldives. PHOTO/PRESIDENT’S OFFICE

The President’s Office on Wednesday introduced passport cards for the first time in the Maldives.

Maldives Immigration proclaimed that the Maldivian passport card is the first one in the world that can be used for business transactions.

The passport card which can be used for both international and domestic travels, passport card holders will also have access to the services of Bank of Maldives Ltd (BML), MasterCard and Allied Insurance, marking another first in the world.

The passport card will be released to the public in two weeks. An official of Immigration said that its price rates will be announced in advance.