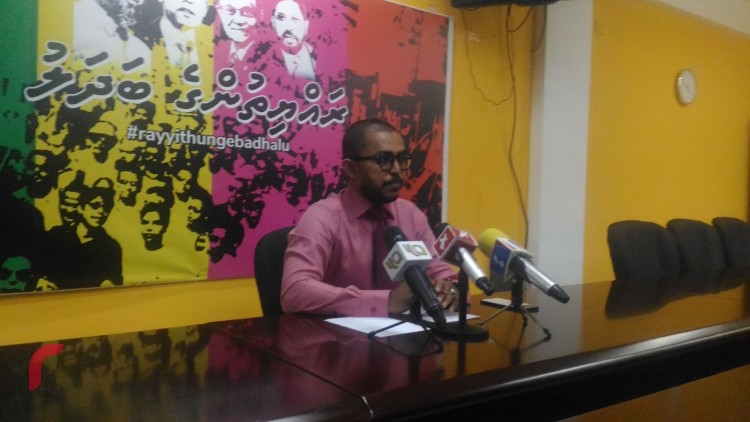 Joint opposition parties have expressed their concerns on the amount of loans taken by the Government of Maldives from foreign banks and funds.

Speaking in a press conference held in Maafannu Kunooz over the Government’s decision to take a loan from Abu Dhabi Fund for development of Velana International Airport, Maduvvari Constituency MP Mohamed Ameeth said future generations were heavily in debt.

Taking loans, he said was a strategy used by all Governments, but the current rate of taking loans was concerning as the incumbent Government’s policy on loans were unknown.

As such, MP Ameeth noted that while the Government just signed the deal to acquire US$ 50 million from Abu Dhabi fund, US$ 100 million had been allotted from Maldives Airport Company Ltd budget for the project.

MP Ameeth said the cost of this falls on citizens, in spite of the claims made by the Government that this will go to developing nation.

Any earnings from these mega projects, MP Ameeth said will be diverted to paying the loans.

MP Ameeth further noted the widespread corruption in these projects. He said the construction of the new building of IGMH had cost US$ 143 million, while a contractor had bid for US$ 53 million. Ameeth noted that a state of the art hospital in Hulhumale’ currently under construction had cost far less – priced at lesser than US$ 100 million.