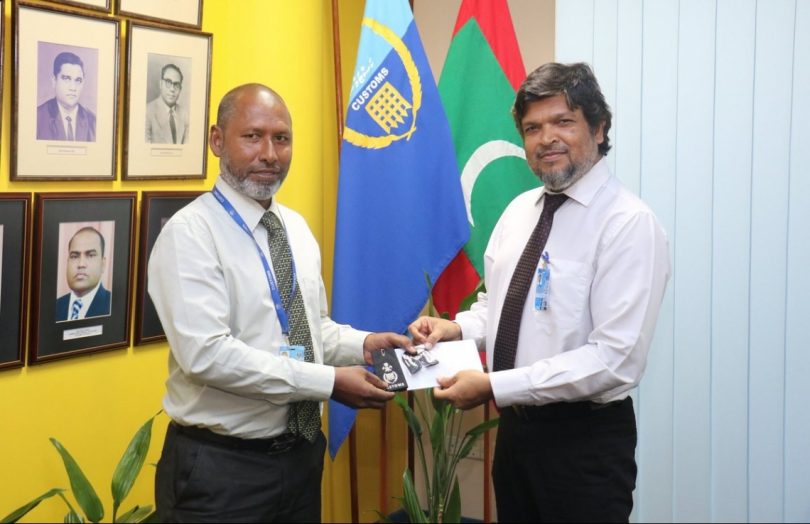 Maldives Customs Service (MSC) on Saturday announced the appointment of Abdulla Shareef, its current Deputy Commissioner, as the acting chief of the body.

Shareef was appointed as the acting in-charge of the authority following the passing away of its Commissioner-General, Ahmed Numan.

MCS announced that Shareef will remain as the acting chief of the customs body until the appointment of a new Commissioner-General by the President, and urged the public to take note of the change in future correspondences addressed to the body.

Please be informed that Deputy Commissioner of Customs Abdulla Shareef will be acting in-charge until a Commissioner General of Customs is appointed. Please address all correspondences accordingly. pic.twitter.com/Y47EoT2E8u

According to the Customs Act, in the absence of a Commissioner-General, the Deputy Commissioner must be designated to carry out the duties and responsibilities of the commissioner. In case more than one deputy is appointed, the law states that one among them shall, in advance, be designated to run the operations of the authority.

Ahmed Numan, who served as the Commissioner General of MCS from December 11, 2018, passed away while undergoing medical treatment in India on April 7.

Shareef had managed MCS’s operations as the acting in-charge during Numan’s medical treatment aboard, which began some six months ago.

Abdulla Shareef served as a Senior Superintendent at MCS prior to his appointment as the deputy commissioner in 2019.

He has served Maldives Customs Service for over 26 years.