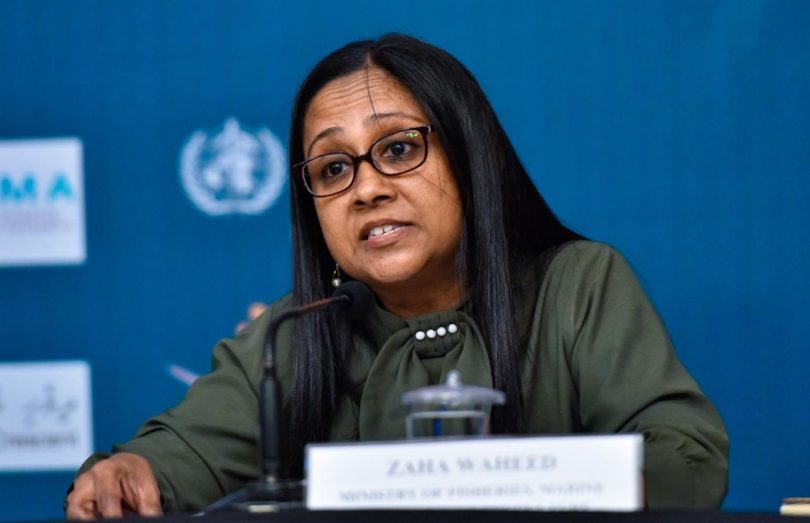 Minister of Fisheries, Marine Resources and Agriculture Zaha Waheed announced that the state will lease agricultural land for three years, free of charge, to increase food security amidst the global COVID-19 pandemic.

Speaking at a media briefing held by the National Emergency Operation Centre (NEOC), Zaha stated that discussions were underway with Ministry of National Planning and Infrastructure to make necessary arrangements for leasing land to island councils for farming. The land will be leased as per the guidelines drafted by the agriculture ministry.

“We want this to show results. Not just determine which plots will be leased, but ensure that 25 per cent of produce is generated from inhabited islands to guarantee food security”, she said.

According to the minister, the land plots leased for this purpose will be monitored to confirm that agricultural practices are taking place in line with the ministry’s guidelines.

At the same press conference, Minister of Economic Affairs Fayyaz Ismail noted that this agricultural programme was initially scheduled for the end of 2020. However, the initiative was preponed to reduce food shortage amidst the economic challenges posed by the COVID-19 pandemic.

According to Fayyaz, 44 islands have now been identified for the agriculture programme. He further noted that the aim of this initiative was to increase food security to 50 per cent.

State Trading Organisation (STO) has already green-lighted the purchase of all the produce generated by local farmers.

Speaking at a news briefing held last week, STO’s Managing Director Hussain Amru stated that this decision was made to reduce the dependency on imported produce.

The state-run company has scheduled the opening of “STO Agri Centre” in Male’ North Harbour area, where local farmers can sell their produce, on May 1. STO is already accepting registration applications from those who wish to sell their products at the centre.