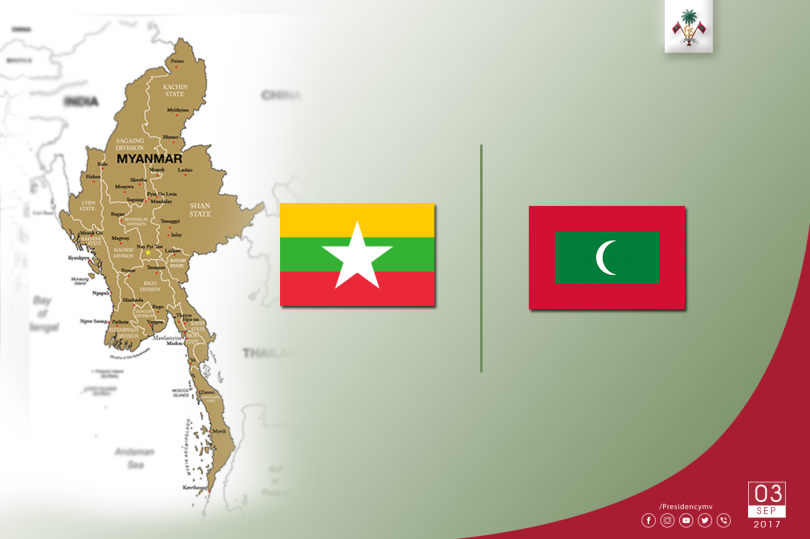 In a statement issued by the Ministry of Foreign Affairs, the Maldives condemned the atrocities committed against Rohingya Muslims.

The Administration will cease all trade ties with Myanmar until the Government of Myanmar takes immediate action.

The statement by the Ministry of Foreign Affairs reads;

“The Maldives condemns in the strongest terms, the atrocities committed against the Rohingya Muslim community in Myanmar, and is deeply concerned by the recent cycle of violence that resulted the death of dozens of Rohingya Muslims and displacing several thousands.

The Rohingya Muslim minority continues to suffer under systematic repression and the United Nations has in the past documented such human rights violations against this minority group in Myanmar.

The Maldives believes that the international community must act swiftly and firmly to stop the bloodshed.

The Government of Maldives has decided to cease all trade ties with Myanmar, until the Government of Myanmar takes measures to prevent the atrocities being committed against Rohingya Muslims.